Film producer Rahul Mittra, who has worked with Sanjay Dutt twice, has provided a health update for the actor, who recently underwent cancer treatment.

In an interview, the producer said that according to Sanjay's latest MRI (magnetic resonance imaging) and PET (positron emission tomography) scans, the actor is 'cancer-free'.

He told that "I still cannot forget the first time I spoke to him after it was confirmed that he had the Big C. I broke down on the phone and told him to promise me that he would come out of it. And he promised. He told me that I should take care of myself as friends have to be strong. It was so reassuring. Sanju is a rock. He was determined to defeat cancer. Hats off to his will-power." 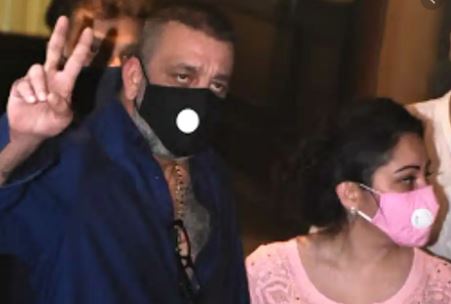 In August last year, Sanjay had announced that he was taking a ‘short break’ from work for ‘some medical treatment’. Munna bhai  further said “My family and friends are with me and I urge my well-wishers not to worry or unnecessarily speculate. With your love and good wishes, I will be back soon!”

In October, he announced that he had been cured. Sanjay wrote that the last couple of months had been difficult on his family but he is finally cured of the disease. “The last few weeks were very difficult time for my family and me. But like they say, God gives the hardest battles to his strongest soldiers. And today, on the occasion of my kids’ birthday, I am happy to come out victorious from this battle and be able to give them the best gift I can--the health and well-being of our family,” he wrote in his not