One-Of-A-Kind Wedding: After Groom's Father Gets Admitted, Couple Gets Married In Hospital

Everyone wants their loved ones by their side when they get married, because family is everything. So, we can only imagine how difficult and heartbreaking it must have been for a Texas-based couple, Aliyah and Michael Thompson, when Michael’s father had to be admitted to the hospital not long before their wedding, as he required an emergency surgery.

Knowing it would be impossible for him to attend the wedding, they did the most adorable thing and decided to get married in the hospital itself; They didn’t want him to miss the ceremony. 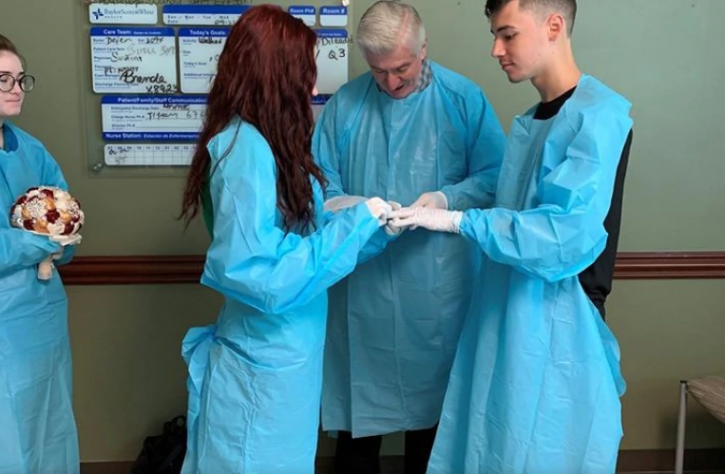 Instead of the conventional church wedding, the couple had one-of-a-kind hospital wedding at the Baylor Scott & White Medical Center in Sunnyvale. The couple arrived at the hospital and were wed by their pastor in front of both sets of parents. They wore hospital gowns and even exchanged their rings over hospital gloves.

It was supposed to be a simple wedding ceremony, but the hospital staff surprised them by getting a diabetic-friendly cake, flowers and grape juice.

In an interview to NBC, Michael told, "We were originally just going to do something really small. It was going to be just us, the family and him. Then the pastor came in and she's like, 'Hey! I got some nurses and the doctor coming out with a diabetic-friendly cake and everything.' Yeah, it was pretty cool." 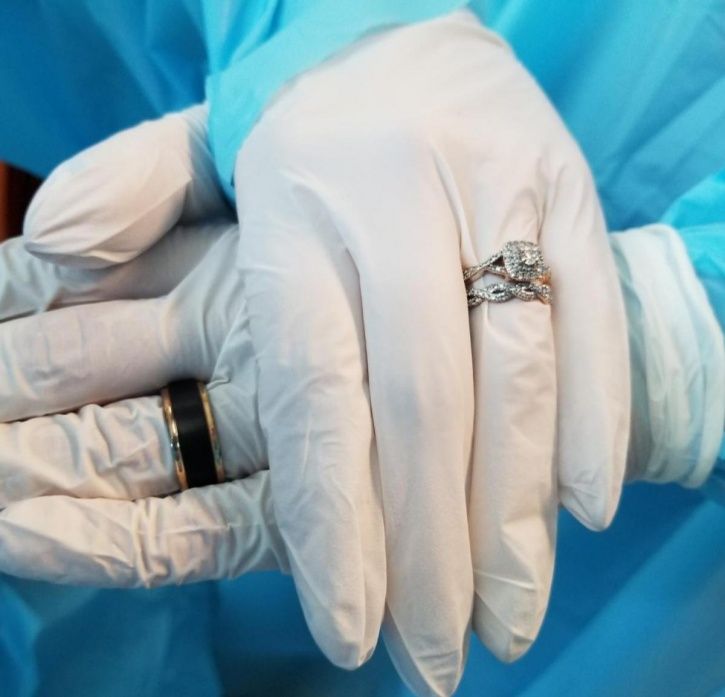 "We were supposed to get married in March, but we had two family members pass away and that changed everything for us. So we completely dropped everything and canceled stuff. We knew that it was really important that his dad got to be there after losing those two people. No matter where we did it. It was just really important that his dad was there," the bride Aaliyah told NBC.

"He kept smiling. He was just really happy," Aaliyah added. The couple once again got married in the church in the evening. 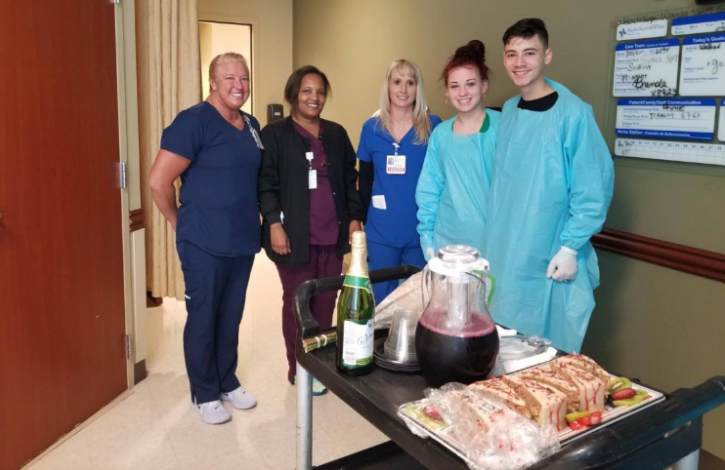 It takes months to plan a wedding of your dreams, but all of that rings hollow if you cannot be with the people who are close to you. What this couple did was extremely thoughtful and sweet, and we hope Michael's father makes a full recovery from the surgery.