16 senior doctors posted as in charge of primary and community health centres in the Unnao district of Uttar Pradesh resigned on Wednesday evening. The doctors have claimed that they were being subjected to punitive orders, indecent behaviour and non-cooperation by the senior officials in the administration.

The mass resignation was submitted by the 11 doctors posted as in-charge of community health centres and five doctors heading as many primary health centres across the district to Dr Ashutosh Kumar, the chief medical officer of Unnao.

The doctors also submitted the memorandum to Deputy CMO Dr Tanmay. In this memorandum, even though the doctors were discharging their responsibilities with full devotion during the Covid-19 pandemic, the administrative officials had adopted a dictatorial attitude and were issuing punitive orders.

The doctors also alleged that the administrative officials were taking penal action against their colleagues without any explanation or discussion.

But today morning all the doctors taken back the regignation letter and given a letter to the CMO in which they said we will back on work from 13th of may and we discuss the matter with DM Sir. 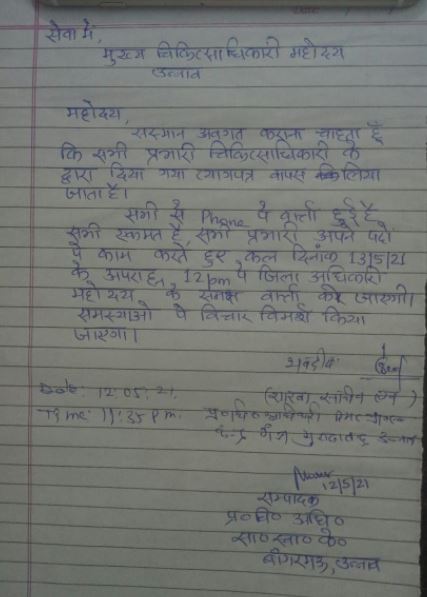 Some CHC (Community Health Center) and PHC (Primary Health Centre) in charge, who had tendered their resignations yesterday, withdrew the same today.

Unnao DM says, "CMO & ACMOs have spoken to them. Issue will be resolved soon. We'll solve their issues through talks." 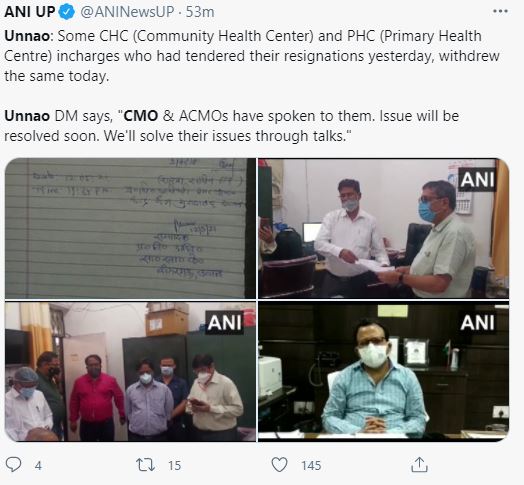 Isolation rooms to be built in indust...