Bollywood actor Ranbir Kapoor has been creating a lot of noise lately. His much-awaited film Brahmastra was all over the news over a BTS picture shared by Alia Bhatt. Apart from that, the actor was recently spotted house hunting in Mumbai. Amidst it all, has he contracted the coronavirus? Uncle Randhir Kapoor has broken his silence.

This isn’t the first time when COVID has caught Kapoor Khandan. Previously, the mother of Ranbir and actress Neetu Kapoor had contracted the virus. She was filming Jug Jugg Jeeyo alongside Anil Kapoor, Varun Dhawan and the team. She was brought to Mumbai via a private air ambulance and kept in isolation.

Last evening, rumours began doing the rounds that Ranbir Kapoor has now caught COVID. Fans were worried as they wondered if the actor was doing okay. Randhir Kapoor has finally come out in the open and confirmed that the actor is not well. 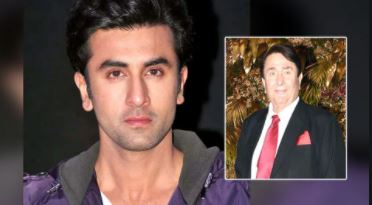 As for as Randhir Kapoor he said  “I believe he is not well, but I am not sure what he has got. I am not in town.”

Well, Ranbir Kapoor is often around Alia Bhatt as they both stay in the same house most of the time. The actress has herself been busy shooting for Sanjay Leela Bhansali directorial Gangubai Kathiawadi. If Ranbir really has caught the virus, the ladylove might have to get herself tested too! This could in turn difficult for the filmmakers and the crewmembers on the sets of their film.

Bollywood has suffered a lot because of COVID. Many others including Amitabh Bachchan, Abhishek Bachchan, Aishwarya Rai Bachchan and daughter Aaradhya along with Ranvir Shorey, Arjun Kapoor, Malaika Arora are amongst others who suffered because of the virus.

We wish a speedy recovery for Ranbir Kapoor!