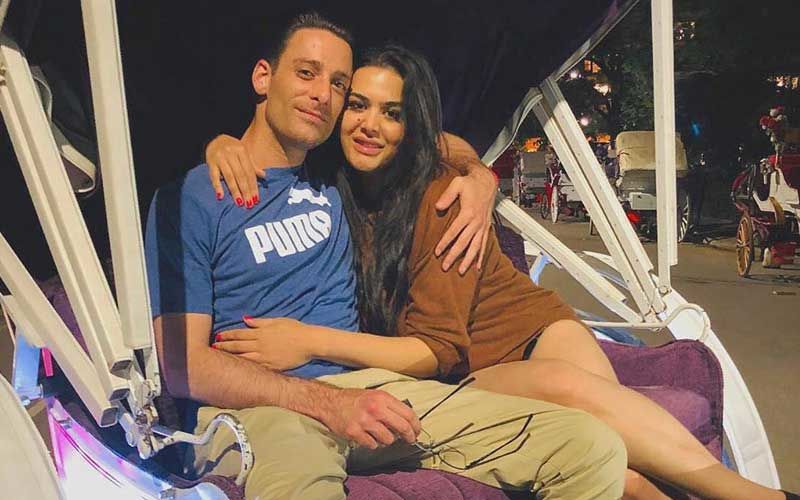 Sanjay Dutt’s daughter Trishala Dutt has taken to social media to share a heartbreaking post on the sudden and unfortunate demise of her Italian boyfriend. In her note she mentioned that he passed away on July 2, 2019. ThoughTrishla lives in New York, she is known to share a warm bond with, father and actor, Sanjay Dutt.

Taking to social media, Trishala posted his picture and wrote, “My heart is broken. Thank you for loving me, protecting me, and taking care of me. You have made me the happiest I’ve ever been in my life. I’m the luckiest girl in the world to have met you & beyond blessed to have been yours. You will live in me for eternity. I love you & I will miss you. Until we meet again. Forever yours, xo your Bella Mia. #RIP October 07, 1986 - July 02, 2019 “I love you more today than yesterday but not as much as tomorrow””
Trishala Dutt's Post
Not much is known about her deceased boyfriend as Trishala never openly spoke about him. The duo started making headlines earlier this year, when Trishala had started posting tons of loved-up pictures with him. Reportedly, she had earlier captioned a picture, “He grabbed me by my throat but he didn't choke me. Just kissed me so deep I forgot who's air I was breathing."

Earlier, Trishala had posted a screengrab of facetime with Sanjay Dutt where the actor was seen reacting to daughter’s possible boyfriend. Along with a snapshot of Sanjay lighting a cigarette while she looks on, she wrote, “the look I get when asked if I'm seeing anybody and possibly hiding it from him all in good humor tho! Love you papa dukes!