India's cricket icon Sachin Tendulkar, who is recovering at home after spending six days in hospital due to Covid-19, turned 48 today and wishes started pouring in from all over the world.

Indian captain Virat Kohli, who played with Tendulkar during the former's formative years in international cricket, took to Twitter to wish the legend. "One of the greatest to have ever played the game and an inspiration to many. Happy Birthday @sachin_rt paaji." 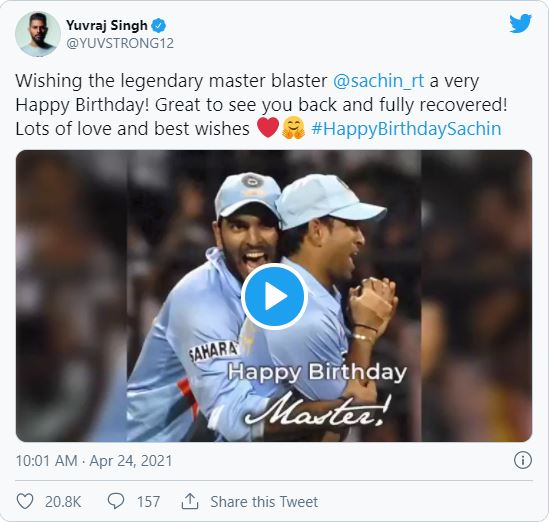 Yuvraj Singh, who shared the dressing room with Tendulkar for a majority of his career in the Indian team, shared a heartwarming video recollecting some of his moments with Tendulkar. 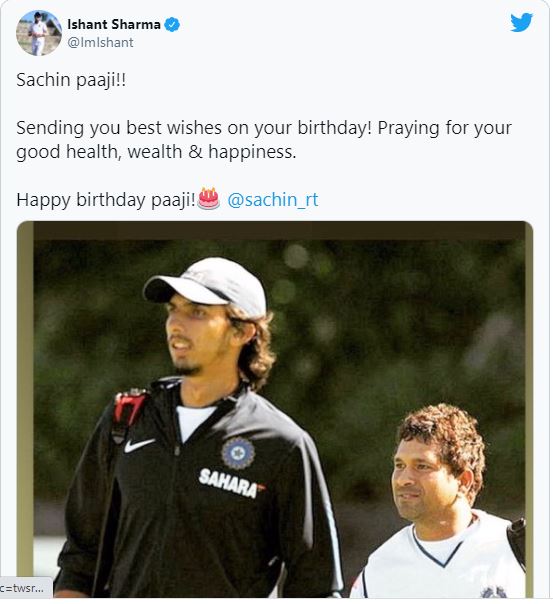 West Indies' opening batsman Chris Gayle, who is currently in India for the 2021 Indian Premier League, wrote, "Happy birthday great one, @sachin_rt Wish you many more." 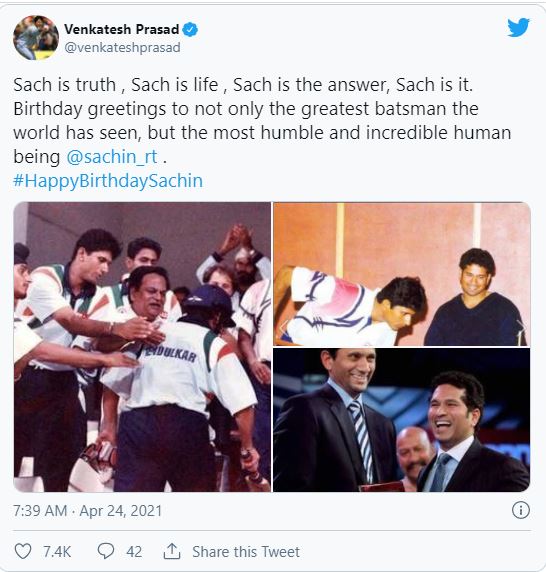 Former India pace bowler Venkatesh Prasad took to Twitter, posting pictures of some of the glorious moments he shared with the legend, and wrote, "Sach is truth, Sach is life, Sach is the answer, Sach is it. Birthday greetings to not only the greatest batsman the world has seen, but the most humble and incredible human being @sachin_rt. #HappyBirthdaySachin."

To all his well-wishers, he wrote on April 8: "I have just come home from the hospital and will remain isolated while continuing to rest and recuperate. I would like to thank everyone for all the good wishes and prayers. Really appreciate it. I remain ever grateful to the medical staff who took such good care of me and have been working tirelessly for over a year in such difficult circumstances."