On the 50th anniversary of Sunil Gavaskar's iconic Test debut against the West Indies, the former India skipper was felicitated by the BCCI for his contribution to Indian cricket. India, then led by late Ajit Wadekar won the series in West Indies 1-0 and then also clinched the series in England within a space of few months.

The BCCI felicitated Gavaskar during the lunch break of the ongoing Test between India and England as secretary Jay Shah presented him with a special cap.

"Join me in celebrating the 50th anniversary of Shri Sunil Gavaskar Ji's Test debut for of India. It is indeed a momentous occasion for all Indians and we are getting to celebrate it at the world's largest cricket facility Narendra Modi Stadium," wrote Shah. 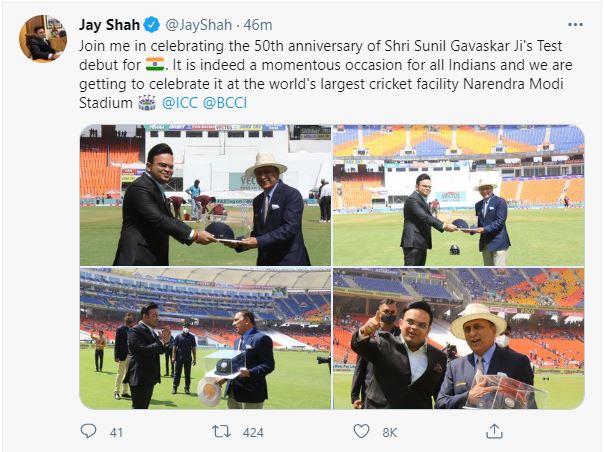 In his glorious career, Gavaskar played 125 Tests and 108 ODIs for India and was also a part of the 1983 World Cup-winning side. Scoring over 10,000 runs in the longest format, Gavaskar established himself as one of the greatest of all time. 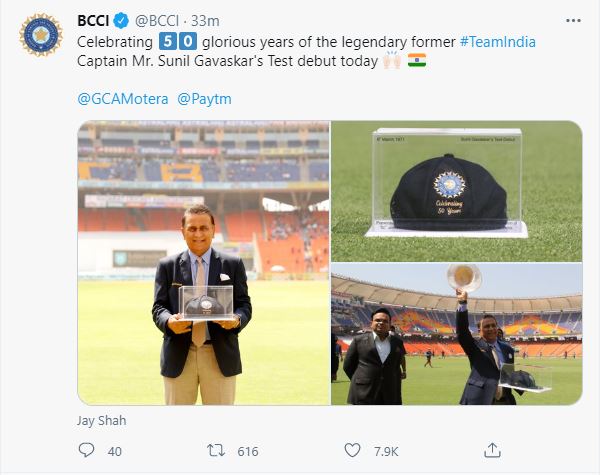 Gavaskar also held the record for scoring most tons in Test cricket until Sachin Tendulkar surpassed his tally in 2005. In the limited-overs format, he scored 3902 runs at an average of 35.1.

Many former players including Sachin Tendulkar paid glowing tributes to Gavaskar. "50 years ago on this day, he took the Cricketing World by storm. 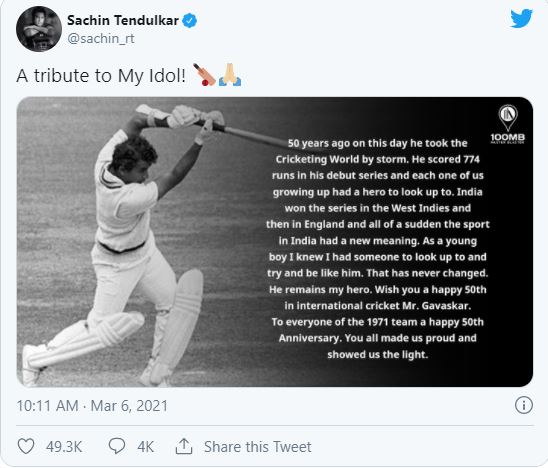