IND Vs ENG: England won the toss and elected to bowl, a change in Team India

The second ODI between Pune-India and England is being played  today at the MCA Cricket Stadium in Pune. England captain Jose Butler has decided to bowl first after winning the toss. India made a change in their playing eleven, adding Rishabh Pant to the squad in place of injured Shreyas Iyer. England's team has landed with three changes. The team has included David Malan, Liam Livingstone and Reece Topley in the squad. 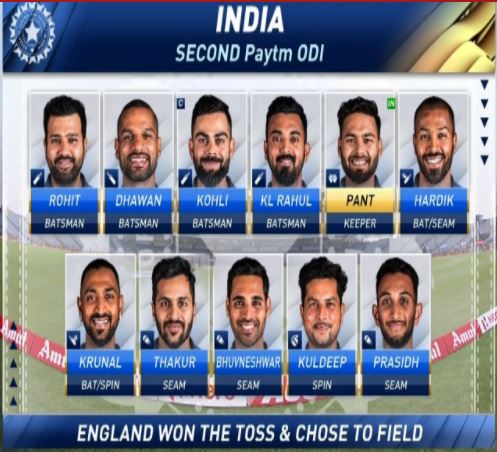 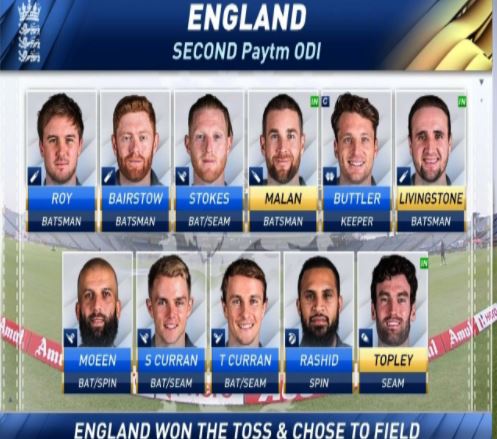