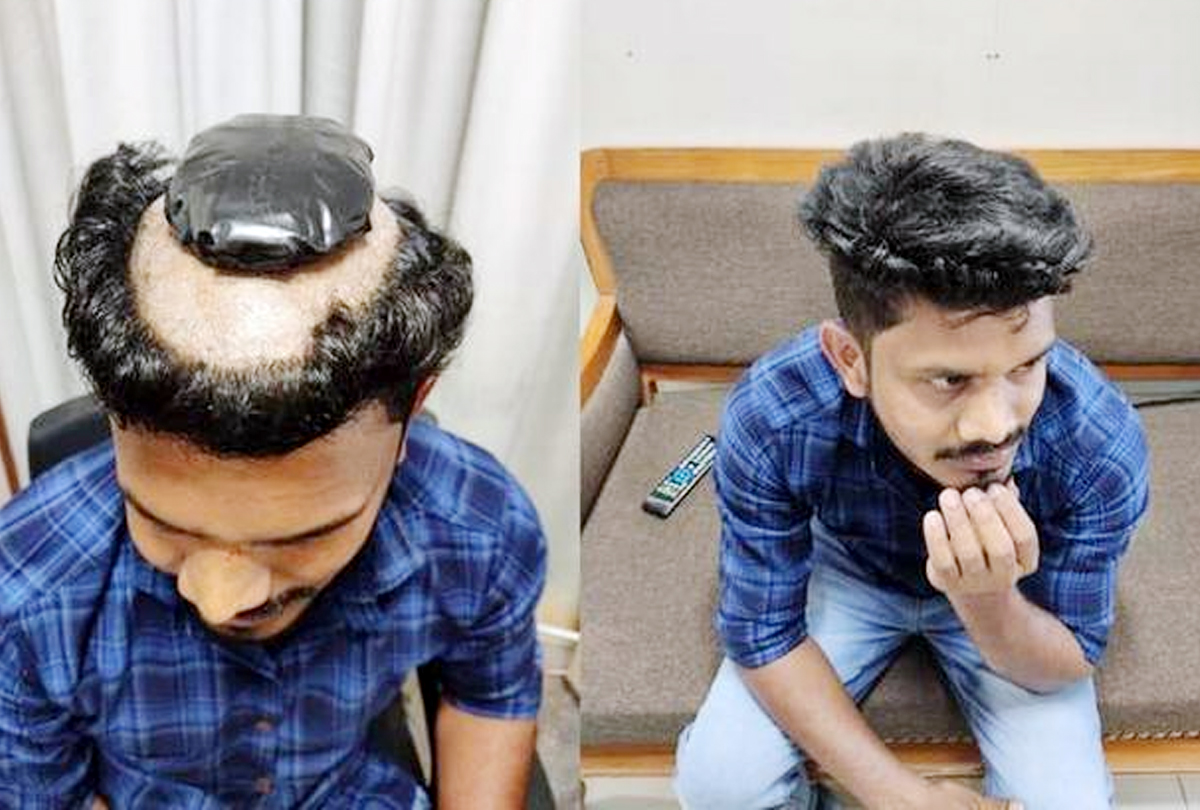 It would have been a brilliant idea had he managed to pull it off. But as fate would have it, a youngster’s attempt to smuggle in gold hidden under his wig through the Cochin international airport ended up a hare-brained idea in the final analysis as Customs Air Intelligence officials managed to see through his design and seize the contraband.

Naushad, a resident of Malappuram, landed at the airport from Sharjah with 1.13 kg of gold concealed in compound form under his wig on Friday morning. He had even shaved off a portion of his hair in an attempt to pull off his faux hair and its valuable contents.

Customs officials had in the past detected the yellow metal concealed in body parts varying from feet to rectum. So much so that, it often came up during discussions among officials that head was probably the only part left by smugglers to sneak in the contraband.

It would turn out to be the case when they came across exactly such a case on Friday.

Officials suspect the youngster to be a carrier and have launched investigations to trace back the origin of the contraband and where it was meant to be delivered, sources said.

The conversion of gold into compound form to avert detection is nothing new as it had allegedly been tried more than once before through almost all airports in the State. Once the carrier manages to deliver it at the destination, the gold is extracted from the compound.