In a move to reduce the disruptions in security protocols for the VVIPs like the Prime Minister and Vice President while entering or leaving the Parliament premises, three underground tunnels are under construction which will link the new residence of the prime minister, vice president's house and the chambers of MPs to the new Parliament building. 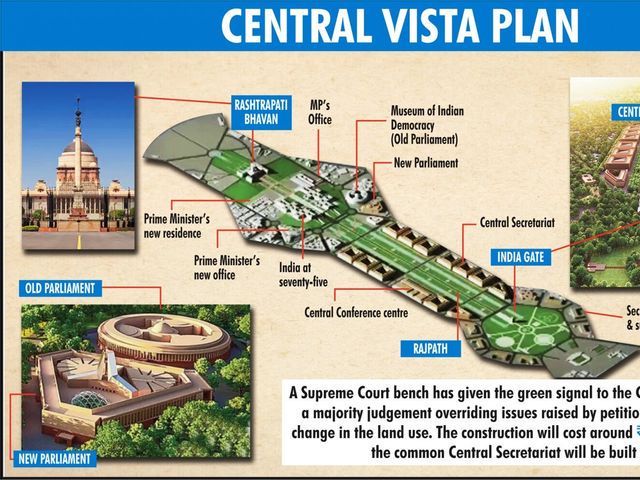 According to a report the three under-construction tunnels will make the movement of VIPs easier and safer and will likely to be single lane tunnels with golf carts to reach the new Parliament building. The government had last year announced that under the Central Vista Redevelopment project, a new residence for the PM and PMO will be constructed on the South Block side, while a new house for Vice President will be constructed on the North Block side.

The new Parliament building will have an area of 64,500 square metres under which a grand Constitution Hall will be constructed, which will showcase India's heritage. The building will also have a library, a big lounge for the members of the Parliament, multiple committee rooms, grand dining areas and sufficient parking space. It will also separate offices for the MPs and will be equipped with the latest digital interfaces to make the premises paperless.

In September 2020, the bid to construct the new Parliament building was won by Tata Projects Limited. The new building will be constructed close to the existing one under the Central Vista redevelopment project.