50,000 kids in UP to attempt world record by singing Vande Mataram

The Yogi Adityanath government in Uttar Pradesh is all set to attempt creating a world record during the Chauri Chaura centenary celebrations, when around 50,000 children from all districts will recite Vande Mataram from 10 am on February 3 to 12 noon today. The UP government plans to make it to the Guinness Book of World Records with this feat. 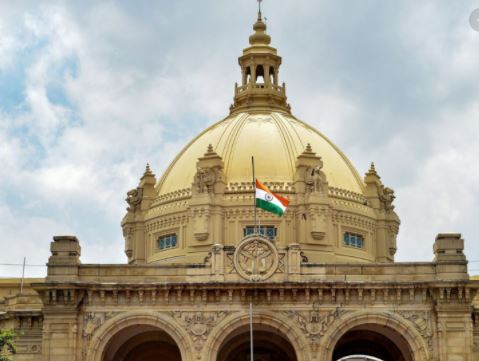 Vinay Kumar Pandey, director, secondary education, said that at present, this record is held by a gathering of 20,000 who sang it together.

As part of the preparations, thousands of students are making their videos by reciting the first stanza of Vande Mataram while standing in the salute pose.

They are required to send these clips to their respective schools, after which these videos will be uploaded on a link that will be made available by the Guinness Book of World Records. Jagdish Gandhi, founder of the City Montessori chain of schools, said that a large number of students from all school campuses will recite Vande Mataram in a bid to enter the record books on Chauri Chaura Diwas today

The Guinness world record team will share a link at 10 am on February 3 for the schools to upload all videos by till 12 noon today.

They will assess the videos, and after verification, issue a certificate.

The district inspector of schools (DIoS), Mukesh Kumar Singh, has held meetings with principals in this regard.

Additional chief secretary (secondary education), Aradhana Shukla, said: "We are expecting a large number of videos from schools across UP."

The UP Madhyamik Shiksha Parishad has asked principals of secondary schools to prepare students for the exercise.

They have been asked to ensure that the chosen students learn 'Vande Mataram' and are able to recite the same flawlessly with correct pronunciation.