Sand Ganesh with a message “Say no to single-use plastic” 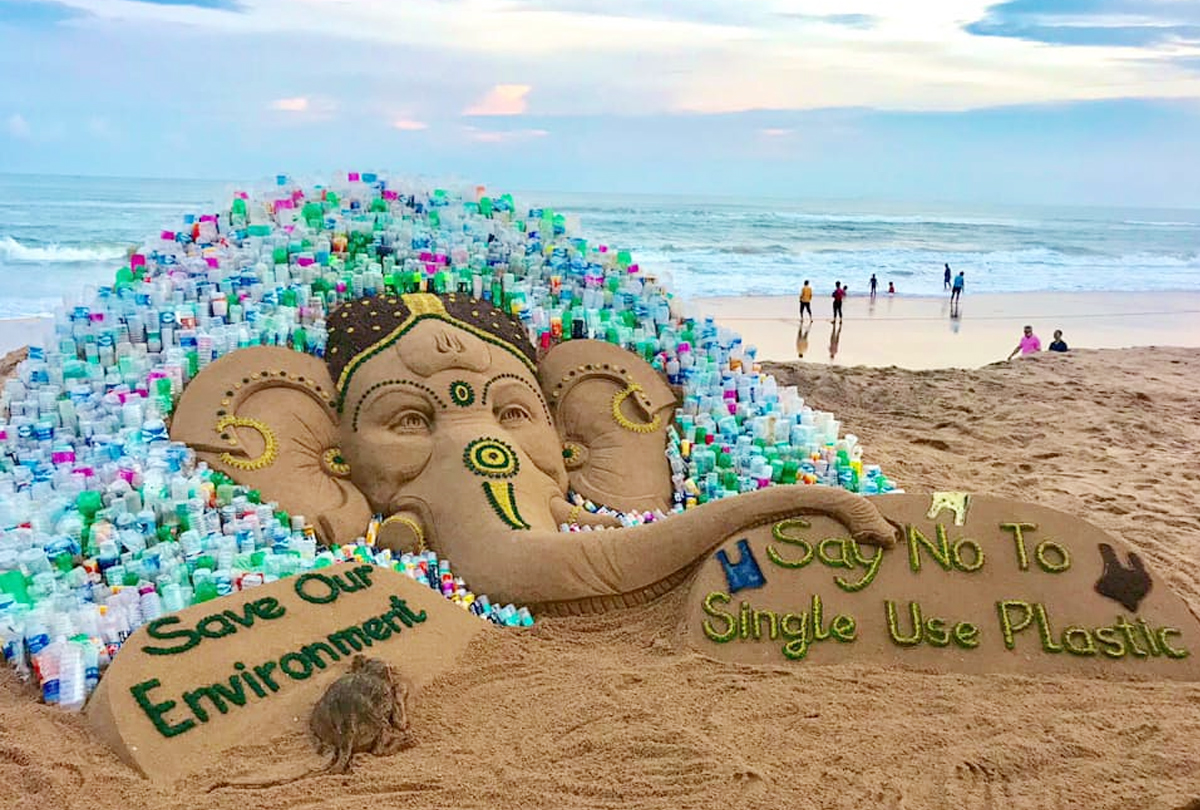 Acclaimed sand artist Sudarsan Pattnaik has created a sand sculpture of Lord Ganesh with 1000 plastic bottles around it at Puri beach to give a message against single-use plastic to save the environment.

Created on the occasion of Ganesh Chaturthi, the sculpture carries the message “Say no to single-use plastic” and “Save our environment” composed on it.

Pattnaik said he decided the theme after being inspired by Prime Minister Narendra Modi’s campaign to shun single-use plastic.

Modi gave a clarion against single-use plastic in his Mann Ki Baat radio broadcast and his address to the nation on the Independence Day, the renowned artist from Odisha said.

Stating that his creation is aimed at making people aware of the ill effects of plastic on the environment, Pattnaik said plastic, if not recycled, takes up to a thousand years to decompose creating health hazards.

“On the occasion of Ganesh Chaturthi, I want to appeal to the people not to use single-use plastic to save our environment,” said the renowned artist.

The 10-ft high sand sculpture of Lord Ganesh was created by using 5 tonne of sand, while about 1000 plastic bottles were installed around it, he said.

Pattnaik further recalled that he won the People’s Choice award at the Boston International Sand Art Championship 2019 held in Boston where he showcased his sand sculpture based on the global issue of plastic pollution.

The Padma awardee has represented India in more than 60 international sand sculpture championships and festivals around the world and won many prizes for the country. Most of his sand creations are based on important social issues aimed at creating awareness in society, he said.