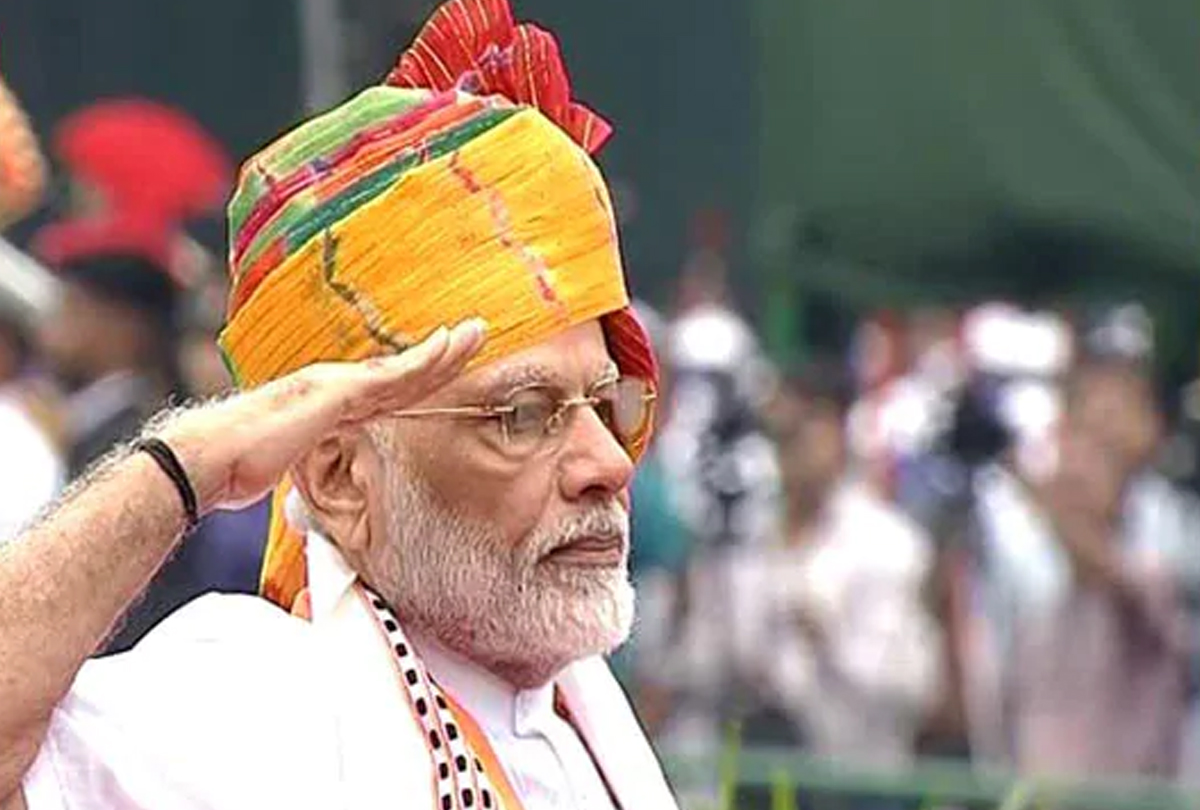 Prime Minister Narendra Modi’s Independence Day address from the ramparts of the Red Fort was not only a summing up of what his newly re-elected government had accomplished in the last 75 days but also unveiled a powerful social charter going forward, including raising concerns over population explosion, water conservation along with the big announcement of appointing a Chief of Defence Staff (CDS), a decision that had been pending for two decades since the Kargil War.

Two major announcements marked Mr. Modi’s speech.
The first dealt with the announcement that a Chief of Defence Staff (CDS) would be appointed, a demand that was raised after a review on the conduct of the Kargil War, during the time of late Prime Minister Atal Behari Vajpayee’s government. This would have far-reaching ramifications for defence preparedness and co-ordination between the three services.
The second announcement pertained to the creation of Jal Jeevan Mission for water conservation and revival of water bodies, and an allocation of ₹3.5 lakh crores. “Just as I called upon the country to join the Swachchta Mission to make India Open Defecation Free, I ask that you join the Jal Jeevan Mission which cannot succeed unless people participate on a mass level,” he said.

Mr. Modi explained the removal of special status of Jammu and Kashmir and the reorganisation of the State into two Union territories and the passage of the Triple Talaq Bill in great detail, stating that his government believed neither in “creating problems nor prolonging them” rather moving decisively ahead to find solutions.

“India is asking those who supported Article 370, if this was so important and life-changing, why was this Article not made permanent? After all, those people had large mandates and could have removed the temporary status of Article 370,” he said.

He added that the removal of special status to Jammu and Kashmir would ensure justice and development to backward sections of society in the State and lakhs of migrants who had moved to the State post partition of India. “Now we can say with pride, One Nation, One Constitution,” he said.

He also made a forceful interjection on the Triple Talaq Bill saying that if social evils such as ‘Sati’ could be proscribed, “Muslim sisters were also deserving of justice by the removal of Triple Talaq.”

Significantly, a large part of the Prime Minister’s speech was devoted to concerns related to the environment and behaviourial changes that should be affected at the societal level to achieve this.

He made a strong pitch for population control terming those practising a small family norm as performing a form of patriotism. “Population explosion in the country will create various problems for the coming generations. Those who follow the policy of small family also contribute to the development it is also a form of patriotism,” he said.
He also emphasised the goal of becoming free of single-use plastic starting October 2nd, Mahatma Gandhi’s birth anniversary. He urged shopkeepers to discourage the use of plastic bags in their stores and asked citizens to gift cloth bags to each other for use this Diwali.

He made a special appeal to farmers to avoid the use of chemical based fertilizers and aim to keep at least 20-25% of their land holding free of these. “When we say ‘Bharat Mata ki Jai’ (hail to the motherland) we should care for the health of the motherland too,” he said. He also urged bureaucrats in his own government to find ways and means to reduce the presence of government in the every day life of the people.

He made a special appeal to youngsters to travel to at least 15 destinations within India in the next year, not just to know the country better but to give a boost to the tourism sector.

The Prime Minister’s speech had no reference to neighbouring Pakistan but did make common cause with other neighbours such as Bangladesh and Sri Lanka who had been, like India, at the receiving end of terror fomented from beyond their borders. He also wished Afghanistan on its upcoming centenary of independence.

With economic numbers not in the optimistic zone, Mr. Modi, however, assured the country that the fundamentals of the economy were strong and that his government had earmarked ₹100 lakh crores in the next five years for investment in infrastructure which he said would lift the economy. “India does not want incremental progress. A high jump is needed, our thought process has to be expanded. We have to keep in mind global best practices and build good systems,” he said.