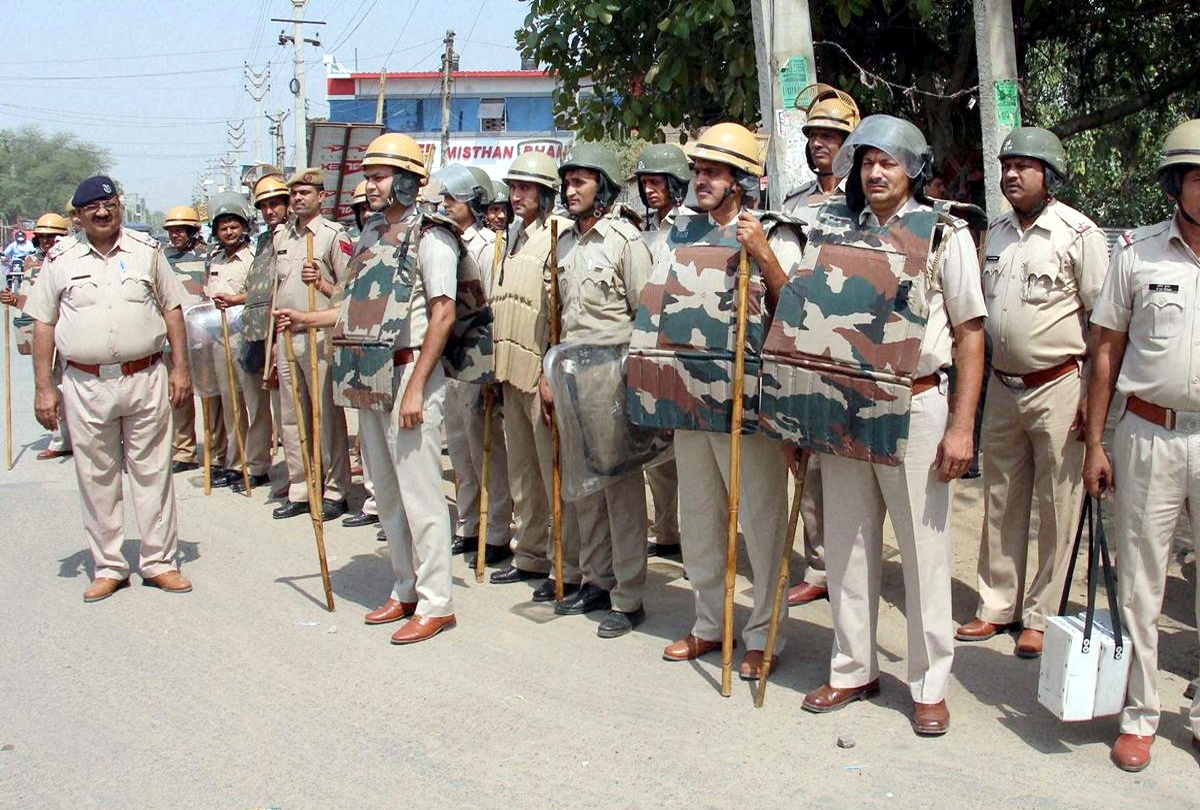 The Gurgaon Police on Monday said it has arrested 28 proclaimed offenders and eight bail jumpers from different places here in the last 10 days and seized illegal drugs and liquor as the model code of conduct remains in force for the October 21 Haryana Assembly polls.
Gurgaon senior police official Subhash Bokan said police teams are keeping tight vigil on the activities of criminals who are out on bail, bail jumpers, proclaimed offenders, bad characters, non bailable offenders and local criminals.

"Those criminals who can procure illegal weapons or earlier accused in illegal smuggling of liquors are currently under our radar", Mr Bokan said.

"Our joint team with Excise department seized 3,791 bottles of country-made liquor, 600 beers and 1,051 Indian-manufactured foreign liquor during the last 10 days. We also recovered 4.3 kg marijuana leaf and 1.9 kg opium. Besides, fake currency notes having face value of Rs. 49,62,500 were seized from Gurgaon," he added.

"We have executed 361 non-bailable warrants against accused which were issued by courts," the officer said.

Gurgaon Police chief Mhd Akhil called a high-level meeting of top officers including those of JCP, DCP and ACP ranks to review law and order situation in the district.

Additional security cover has been deployed at crowded places and teams have been posted at areas bordering Delhi and other districts of Haryana to keep close watch on arms smugglers.

"5,246 licensed arms have been deposited with the authority. There are 6,100 arms license registered in the district", the officer said.