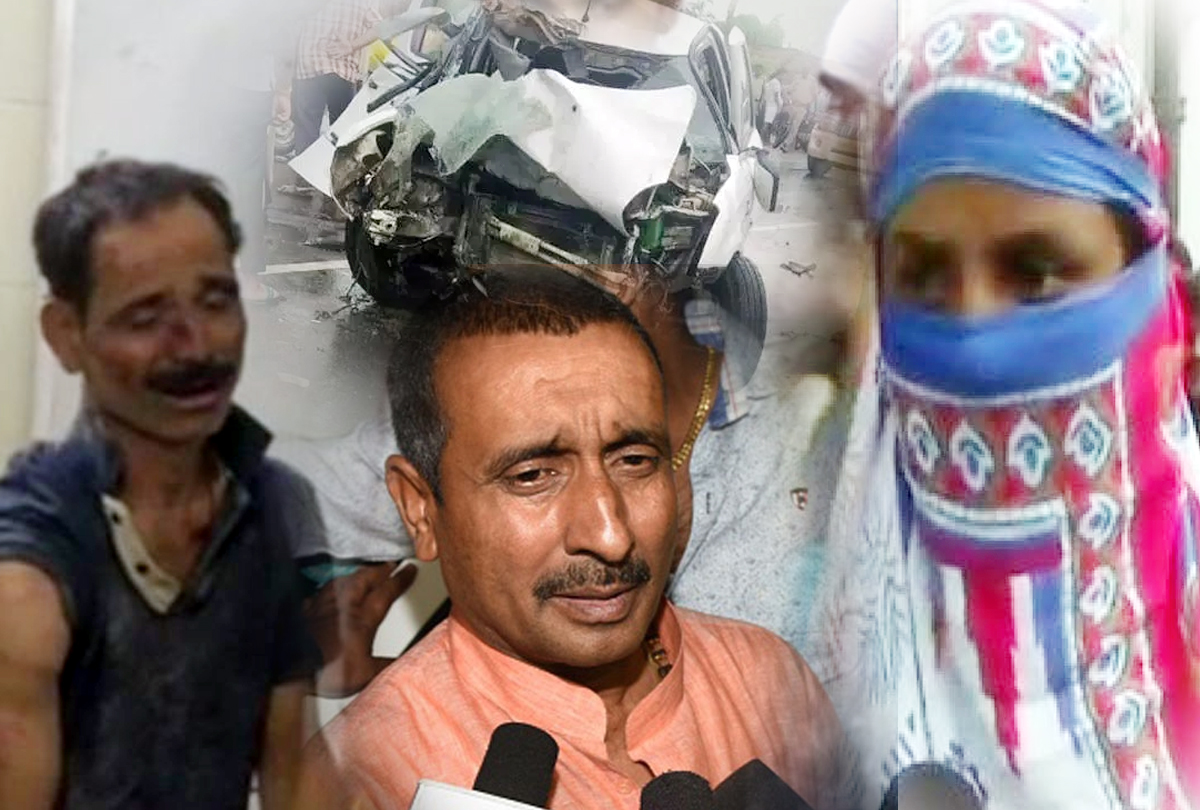 family of the teenager who had accused Bharatiya Janata Party MLA Kuldeep Singh Sengar of rape last year have blamed the legislator’s men for Sunday’s road accident in which she was injured, News18 reported.

The 19-year-old was critically injured on Sunday when her car was hit by a truck in Uttar Pradesh’s Rae Bareli district. The teen and her lawyer are in a serious condition, while two of her aunts died. The injured are undergoing treatment in Lucknow.
“Sengar’s men are behind this incident,” the woman’s mother told News18. “He uses a cell phone from inside the jail. He might be in jail but his men are outside. We are being threatened by his men continuously.” Sengar, an MLA from Bangarmau in Unnao, is lodged in Sitapur district jail.

The woman’s sister claimed they had been receiving threats constantly. “People even follow me when I go outside,” she said. “One of the henchmen of the MLA, Naveen, had threatened my aunt of dire consequences.”

Her cousin claimed Sengar and his associates planned the attack “to threaten us so that we stop pursuing the case”, reported The Indian Express on Monday. “Everyone in the village knew they were going to Rae Bareli jail,” the cousin said.

Uttar Pradesh Director General of Police OP Singh said preliminary inquiries suggested it was an accident caused by a speeding truck, ANI reported. Singh said the truck’s driver and owner have been arrested. “We will conduct a free and fair probe,” he said. “If the family demands a CBI inquiry into the case, we’ll hand over the case to CBI.”
Singh said there was no negligence in the security provided to the woman. “Due to lack of space in her vehicle, she requested the security personnel deputed for security not to accompany her to Raebareli yesterday,” he said.

Additional Director General of Police (Lucknow) Rajeev Krishna said the woman’s family was provided with security, but the gunman had not accompanied them on Sunday. “The reason behind it is being probed,” Krishna said, according to News18. “The truck involved in the accident has been impounded. It has a Fatehpur district registration plate.”

Unnao Superintendent of Police Madhav Prasad Verma also confirmed that the gunman who usually accompanied the family was not with them on Sunday. Verma said he was accompanying the woman’s mother, her three sisters and brother to Lucknow.