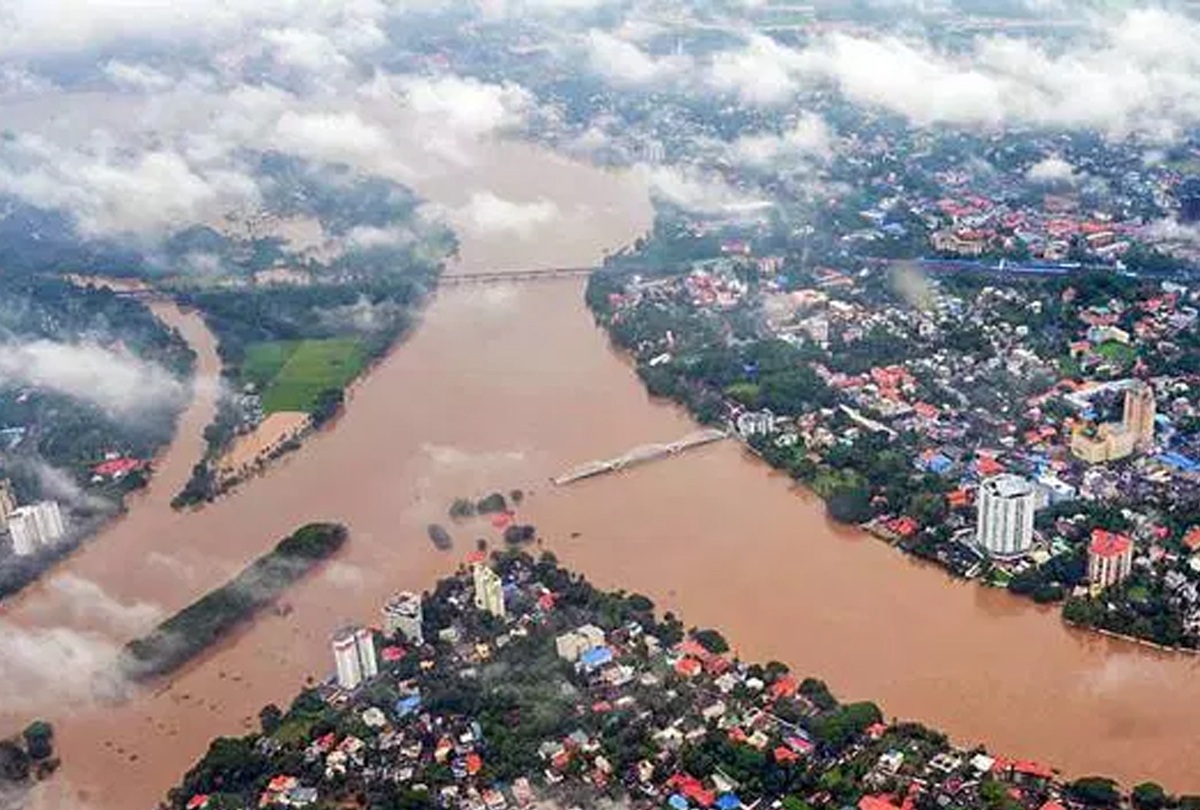 Union Home Minister Amit Shah is conducting an aerial survey of the flood-affected areas of Karnataka's Belagavi district today. At least 30 people have died and more than two lakh people have been evacuated in the state, chief minister BS Yeddiyurappa said on Saturday. More than 100 people have been killed over the last one week and lakhs have been displaced in Maharashtra, Karnataka and Kerala, which have suffered from the floods. After two days of being shut, the Kochi airport started functioning today.

Here's your ten-point cheatsheet on this big story:
Congress leader Rahul Gandhi is visiting his parliamentary constituency, Kerala's Wayanad today -- two days after he urged Prime Minister Narendra Modi to ensure aid to the flood-affected people. A red rain alert had been issued for Kannur, Kasargod and Wayanad and orange alert has been issued for six districts of the state.
Sixty people have died in Kerala in the last three days, nearly 1.66 lakh people have been evacuated to safety. Many are still feared trapped in Wayanad and Malappuram, where landslides have been reported.

The Pinarayi Vijayan government of Kerala - which is yet to recover from the worst flood in the century suffered the worst flood in a nearly century -- has ordered military teams to form rescue units and airlift food to stranded villages across the state.
In Maharashtra, where 30 people have been killed, hundreds are still waiting to be rescued after six days of rescue operations in Kolhapur, one of the worst-affected districts. More than four lakh people have been displaced across the state.
The situation in western Maharashtra is likely to improve with five lakh cusecs of water being discharged from Almatti dam on the Krishna river in Karnataka, officials said.
In Karnataka, over 1,000 villages in 17 districts have been affected by floods, Chief Minister BS Yeddiyurappa said on Saturday. The state has already suffered losses to the tune of Rs. 6,000 crore.
Karnataka still doesn't have a cabinet in place two weeks after Mr Yeddiyurappa took oath as the chief minister and the opposition Congress and the HD Kumaraswamy's Janata Dal Secular have alleged that it is hampering the flood relief work.
All schools and colleges in flood-hit districts in the state -- both government and private -- will remain closed till August 15. Heavy rains have also disrupted train services. On Saturday, all Konkan Railway trains were also cancelled after a landslide occurred near Karwar area.
The National Highway 4 (Mumbai- Bengaluru) is still shut, and Karnataka-bound vehicles coming from Mumbai are advised to take the Solapur route.
On Saturday, Maharashtra Chief Minister Devendra Fadnavis attributed the flooding to "unprecedented" rainfall this monsoon, which he said, was "more than double" that of 2005, when massive floods were witnessed.