The Kapil Sharma Show To Go Off Air? The Actor-Comedian Finally Reveals The Truth

One of the most loved comedy shows of today's time, The Kapil Sharma Show is going to end soon. There are speculations that the makers and the production house have decided to stop the airing of the show for a month. The show has a massive fan following and surely the news of it going off-air will dishearten its fans. However, there is no official confirmation about the same. Earlier, there have been rumors that the show will be going off-air because the makers have plans to revamp it. Though as per media reports, this is not the real reason.

Only a small break https://t.co/GAbmq83OQf

As per a report published in Etimes, "Contrary to reports, there is no revamp plan. Kapil's show has been a favorite with masses because of many reasons. Audience participation was one driving factor for the show. Currently, there is no live audience due to the pandemic. Films too are not releasing and so, Bollywood actors are not coming to the show for any film promotion. So, the makers felt that it would be ideal to take a break right now and return when things get back to normal. Kapil Sharma's wife Ginni is expecting their second child and the break would be ideal for him to stay at home and focus on giving quality time to the family. This break will give him that much-needed time to spend with family. 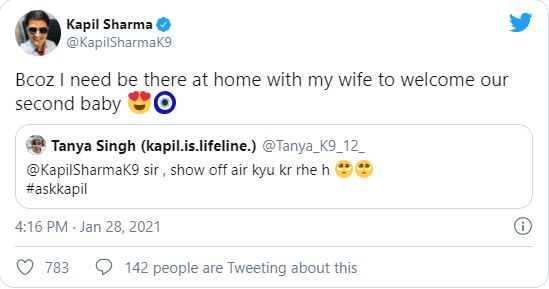 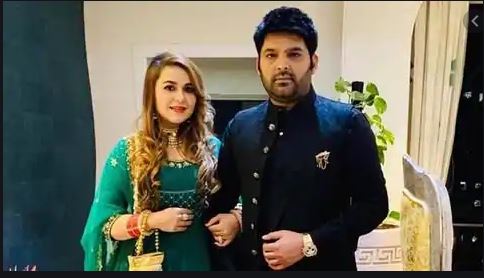 The show too can return with more entertaining content after a three-month break.", as sources informed.

The Kapil Sharma Show features Kapil Sharma as the host, Archana Puran Singh, Kiku Sharda, Sumona Chakravarti, Bharti Singh, and others. The show had been successfully running for the last two years, acing the TRP charts. The first episode of the comedy show aired in 2018. 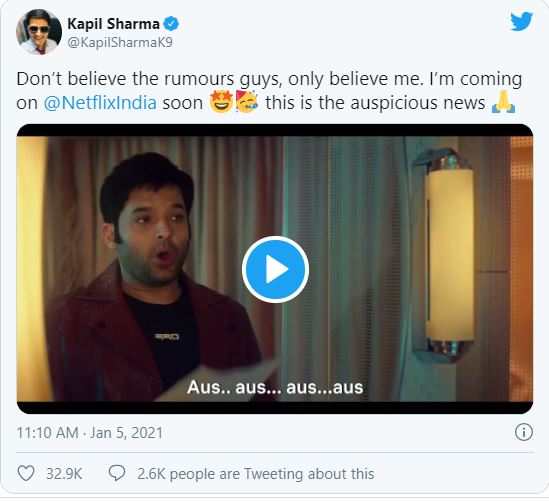 For the unversed, the host of the show Kapil Sharma is all set to make his digital debut through Netflix. Kapil took to his Twitter account and shared the news as he posted a short video and captioned it, "Don’t believe the rumors guys, only believe me. I’m coming on @NetflixIndia soon....this is the auspicious news.