Sye Raa Narasimha Reddy is an upcoming multi-language multi-starrer which will see Chiranjeevi, Amitabh Bachchan, Sudeep, Vijay Sethupathi, Jagapathi Babu, Nayanthara, Tamannaah and Ravi Kishan among others in pivotal roles. The film’s teaser is being launched in Mumbai on Tuesday. 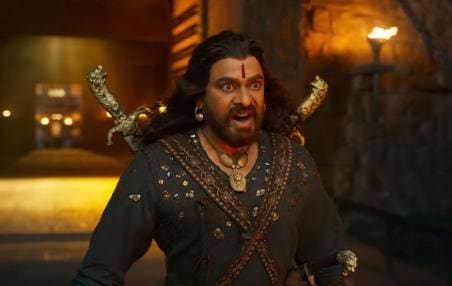 Sye Raa Narasimha Reddy is all set to release in October, according to reports. The film, directed by Surender Reddy, is based on the life story freedom fighter Uyyalawada Narasimha Reddy.

Nayanthara, Amitabh Bachchan, Vijay Sethupathi, Sudeep and Jagapati Babu are other actors, who are part of the upcoming film. Chiranjeevi's son, Ram Charan is producing the venture. Produced by Tollywood star Ram Charan, the film’s script has been written by Sai Madhav Burra. The Surender Reddy directorial is being touted as one of the biggest movies to come out of the entertainment industry, and rightly so, since the period drama features the best of Bollywood, Tollywood and Kollywood in primary roles. The film is set prior to India’s first war of independence, which was fought in 1857. Uyyalawada Narasimha Reddy is the freedom fighter around which the central story of the film is based. The character is being essayed by Tollywood superstar Chiranjeevi. Uyyalawada Narasimha Reddy is touted to be one of the first freedom fighters in India to revolt against the British rule a decade before India’s first war of independence in 1857. He was captured and publicly hanged in 1847.