Varun Dhawan is one of the dedicated actors. Actors and teams are doing everything possible to make the 3D Street Dancer the best. While filming took place on schedule, Varun struggled with cold and fever from the last few days, collapsing on the location of his upcoming film but still filming. Dhawan shot for 18 consecutive hours despite fainting. However, the Remo D'souza team has now wrapped the film and some of the same images were shared by Varun on his micro-blogging site.

Speaking of poor health, a source told Mid-Day, "Varun struggled with cold and fever for a long time but continued to shoot, well aware that portions had to be wrapped before July 26. On Tuesday, he was to shoot a dance sequence that tiring with his fellow actors. After intensive preparation, Varun shot for a number when he was dizzy and fainted. The frightened Sir Remo immediately called a doctor, who diagnosed Varun with low blood pressure and advised him to rest for several days. Naturally, Remo sir, cancel the photo shoot for the next two days. "
This is not the first time, when Hero actor Tera Utama pushed himself to take part in the remaining films. Previously, Varun had refused to rest when he had a knee injury during dance practice from the upcoming 3D Street Dancer film. 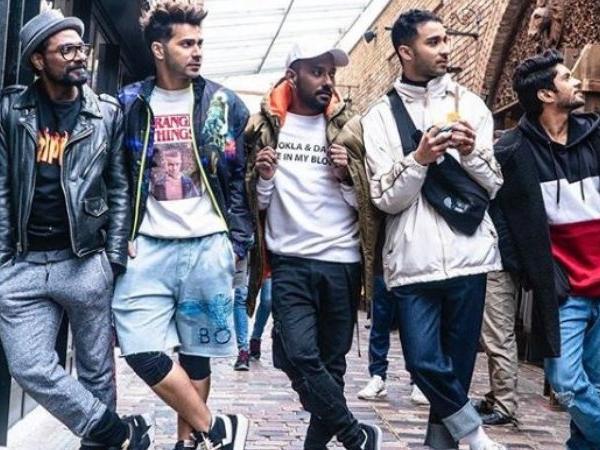 "He has learned some very difficult Bhangra movements along with other forms of dance such as Urban and Street hip-hop. On Tuesday, while practicing with Rahul Shetty, Dharmesh and Tashan from England, he turned his knees. Varun refused to rest and only his knees the left was taped to support the muscles and continue, "a source from the training told Mumbai Mirror.

Meanwhile, Shraddha Kapoor also twisted her ankles while practicing for the film. He has posted a photo on his Instagram story, where the physiotherapist who is performing appears to have cold compression on his ankle.