With no clarity on whether the Kailash-Mansarovar Yatra will be held this year, the Kumaon Mandal Vikas Nigam proposes to develop Chota Kailash, the original abode of Lord Shiva on the Indian side of the border with China, as a major pilgrimage site. 'Chota Kailash, also called Adi Kailash is considered the original abode of Lord Shiva and can be the best pilgrimage site to visit for Shiva devotees from across the country,' KMVN Chairperson Kedar Joshi said. Connectivity to Chota Kailash has also improved with the BRO connecting Vyas valley with a motor road in June last year making it much more convenient for pilgrims to reach the site, he said. KMVN is the nodal agency for the annual Kailash-Mansarovar Yatra which was not held last year due to the coronavirus pandemic and is not likely to be held this year as well with the preparatory meetings not held so far. 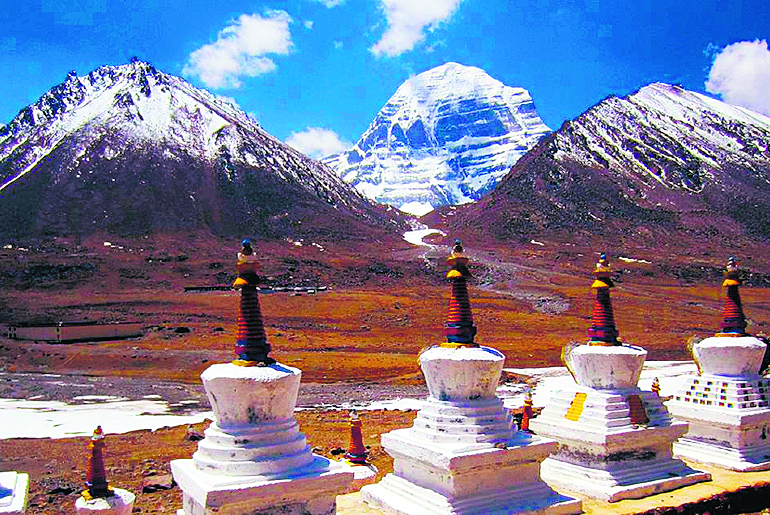 The meetings are held in the first week of February by the Ministry of External Affairs.

The KMVN Chairperson said he is planning to visit Chota Kailash himself in April to take stock of the infrastructure on way to the pilgrimage site.

Though well known among Shiva devotees, infrastructure around Chota Kailash needs to be upgraded to attract more and more pilgrims on the lines of the chardham yatra, he said. 'For instance we want construction of a civilian helipad at Jolingkong for the convenience of Chota Kailash bound pilgrims,' Joshi said.

At present around 1000 pilgrims visit Chota Kailash each year beginning from the month of June.

'I will be accompanied by Nigam officials who will find possibilities of connecting Vyas Gufa, situated on the eastern corner of Vyas with Chota Kailash that is situated on its western corner,' Joshi said.

He said KMVN wants to extend an invitation to Prime Minister Narendra Modi to visit Chota Kailash which will go a long way in promoting it as a destination for religious tourism.