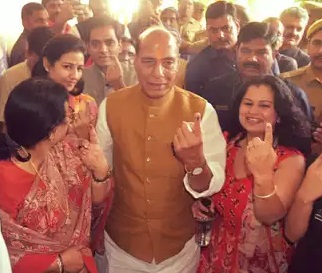 In the fifth phase of Lok Sabha elections, the fate of key leaders like Rajnath Singh, Sonia Gandhi, Rahul Gandhi, Smriti Irani, Poonam Sinha, Jayant Sinha and Rajyavardhan Singh Rathod will be captured in the EVM's. In the same episode, Union Home Minister Rajnath Singh today voted in Lucknow. He is contesting from this seat, against the wife of Shatrughan Sinha and the candidate from the Lucknow seat of Samajwadi Party, Poonam Sinha. Let us tell you that Rajnath Singh was also elected from the capital of UP last time. After the voting, Rajnath Singh said that the alliance for the Bharatiya Janata Party is not a challenge, the BJP will win with huge majority and Narendra Modi will again become the Prime Minister of the country. 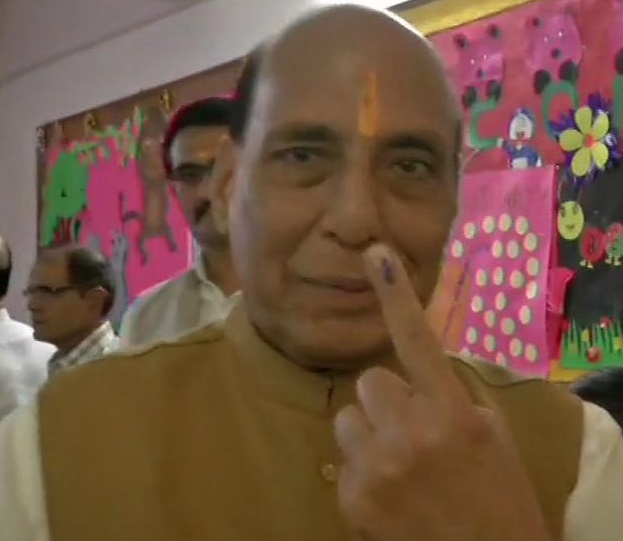 At the same time, BSP chief Mayawati came to vote in Lucknow. This time SP and BSP are fighting together in UP. After the voting, Mayawati said that in the public interest the voters should use their votes. People should come out of their houses and use their voting rights as much as possible. 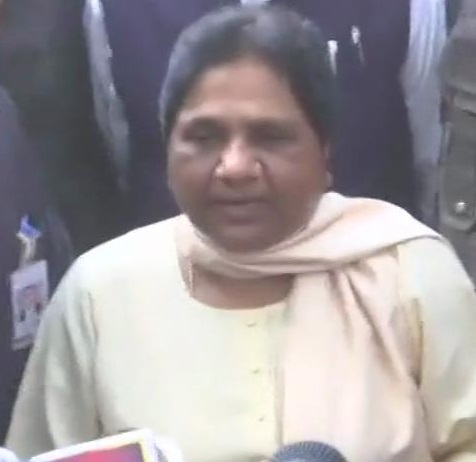 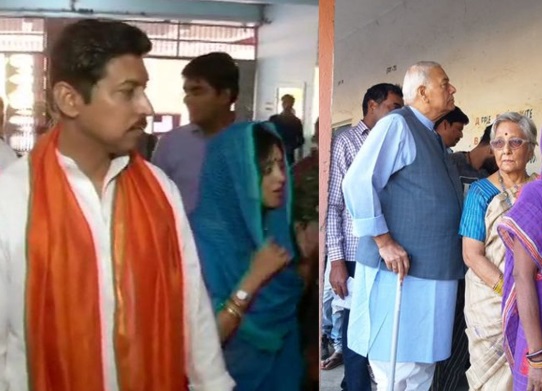