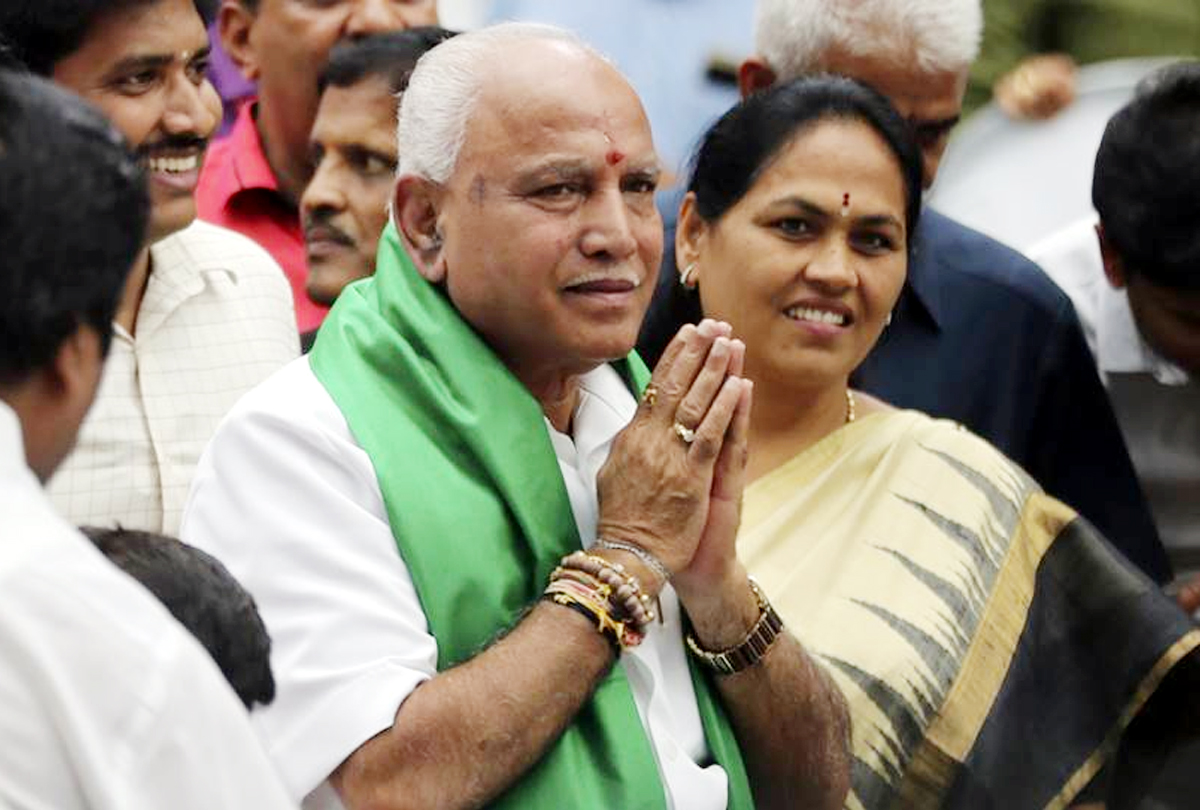 It is the fourth chief ministerial opportunity for 76-year-old Bookanakere Siddalingappa Yediyurappa, who took oath as the 31st Chief Minister of Karnataka on Friday.

But as irony would have it, the veteran leader, who is one of those who built the Bharatiya Janata Party brick by brick in the State, has never completed a full term though he was at the helm of affairs. This is because firefighting has been part and parcel of his political career, spread over nearly five decades, as every chief ministerial opportunity came to him in challenging situations marked by political instability.

His first stint as Chief Minister in 2007 lasted only a week as the coalition partner, the Janata Dal (Secular), withdrew its support midway despite a 20-20 arrangement. Similarly, when he became the Chief Minister for the second time in 2008, he had to quit in 2011 following his indictment in a Lokayukta report on illegal mining. Though the charges against him were quashed and he became the Chief Minister again in 2018 for the third time, he had to step down in less than three days as he could not muster support of an adequate number of MLAs.
Even during the present chief ministerial opportunity, he faces a fight since the numerical strength in the Assembly is not in favour of the BJP. But this eight-time MLA is one of those “24/7 politicians” who are comfortable with fighting political battles on a daily basis.

With a penchant for involving in public campaigns and touring the length and breadth of the State, he is one of the few mass political leaders who understands the pulse of people. Hailing from the dominant Lingayat community, he has played a major role in creating a political constituency for the BJP.

Coming from a humble farming family at Bookanakere of Mandya district, Mr. Yediyurappa shifted to Shivamogga, which turned out to be his political bastion. Having associated with the Rashtriya Swayamsevak Sangh since college days, he began his public life in 1972 as a member of Shikaripur municipality.

The Emergency days saw him grow as an aggressive political leader as he was at the forefront of several anti-Emergency protests which resulted in him being jailed for 45 days. He was elevated as Shikaripur taluk unit president of the BJP in 1980, president of the party’s Shivamogga unit in 1985, and party State president in 1988.
His first entry into the Karnataka Legislative Assembly was in 1983 when he won the election from Shikaripur, and since then he has been elected eight times. He has also served as an MP and an MLC besides being leader of the Opposition in the Assembly in 1994, 2004, and 2018.