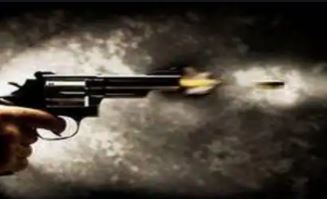 A voter was allegedly shot dead in a queue outside a polling booth in the Sitalkuchi Assembly constituency in West Bengal's Cooch Behar district. His family members have alleged that the TMC cadres shot him.

The voter, identified as Ananda Barman, is about 18 years old. The TMC has denied the allegations. A local TMC leadership claimed that Barman was a TMC supporter. The Election Commission has sought a report on the incident.

TMC alleges that four persons in Cooch Behar's Sitalkuchi constituency have been shot dead by the Central forces.

You can beat us but not break our spirit!

Our candidate from Mathabhanga, Shri Girindra Nath Burman who was mercilessly attacked recently has not lost faith in democracy.

Seen here urging people to cast their votes, asking them to reject the politics of hate. #VoteForTMC pic.twitter.com/ctsywpmY0n