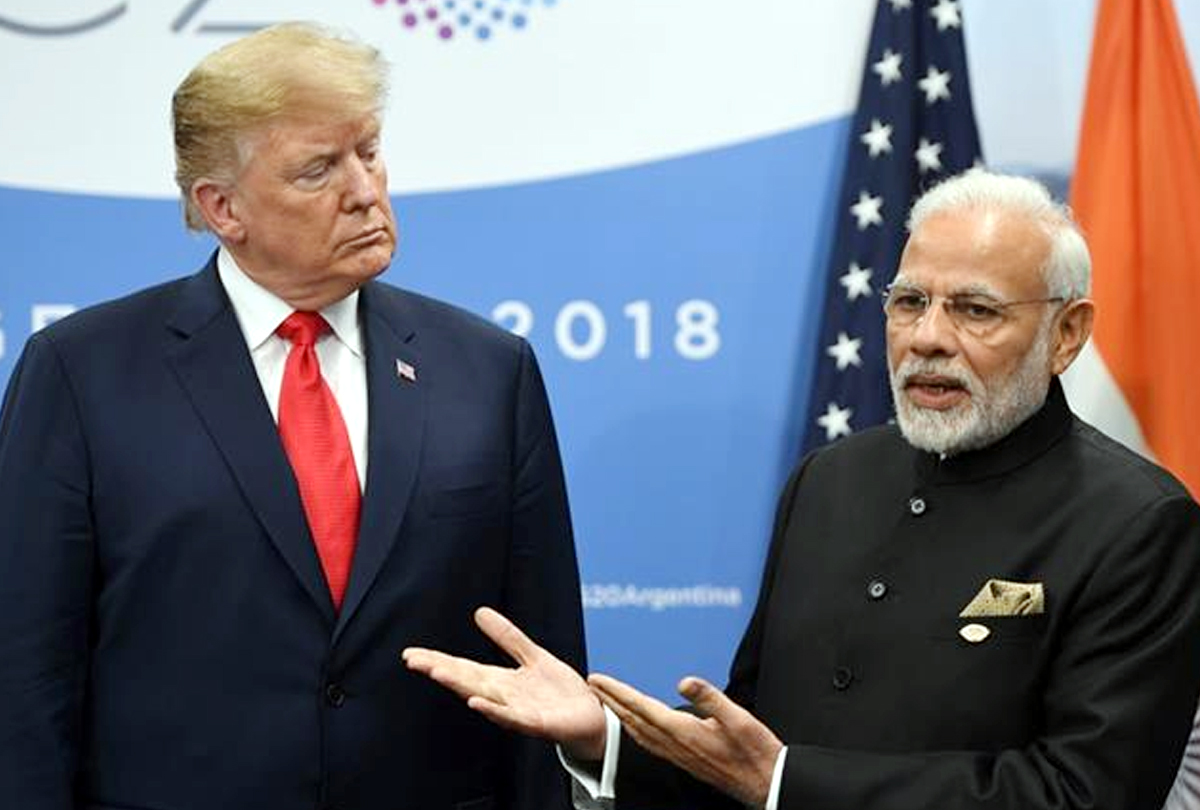 The Union government’s moves to extend all provisions of the Indian Constitution to Jammu and Kashmir, stripping away certain special privileges of the State and reorganising it into two Union Territories, were dictated by domestic and international situations.

According to senior sources in the government, the BJP’s ideological imperative of doing away with Article 370 has been always there, but the impetus for it was provided first by Union Home Minister Amit Shah’s determination to change the status quo in the State and also events in the past two weeks, after U.S. President Donald Trump publicly said that Prime Minister Narendra Modi had approached him to play mediator for the dispute in the State.
The Union government, of course, denied any such conversation with Mr. Trump, but the realisation in government circles was to do something that would demonstrate that it was irrevocably opposed to U.S. mediation.

“Ever since the BJP withdrew support to the Mehbooba Mufti government and Governor’ Rule and then President’s rule were imposed in the State, the government took many measures to make a change in the status quo, including setting up an Anti-Corruption Bureau and the raids on Jammu and Kashmir Bank. The biggest move was the conduct of the panchayat elections in the State. There was always a thinking that Article 35A needed to be done away with and a delimitation exercise had to be conducted for the State, something that had been done for the rest of the country,” said a senior Minister.

It was, however, Mr. Trump’s statement that added a certain urgency to the matter. Government floor managers were told by Mr. Shah to explore how to get a majority in the Upper House, where the NDA does not otherwise have one. The creeping acquisition of a majority in the Rajya Sabha was under way with the merger of the Telugu Desam parliamentary group in the Rajya Sabha into the BJP (with four out of its six MPs joining the BJP) and the merger of the Indian National Lok Dal group (one MP) and the resignation of two Samajwadi Party MPs, Neeraj Shekhar and Surendra Nagar.

Parliamentary Affairs Minister Pralhad Joshi, and Union Ministers Dharmendra Pradhan and Piyush Goyal and Rajya Sabha MP Bhupendra Yadav then worked the phones in the last four days to persuade parties whose ideological position was close to that of the BJP on the issue. Some were told that the matter was about Jammu and Kashmir. NDA allies were also spoken to and whips issued. The weekend saw Law Minister Ravi Shankar Prasad getting ready the drafts of the Bills that were passed on Monday. The Bills were carried with a two-thirds majority in the Rajya Sabha. “There were credible threats to security as well, which is why everything was kept hush-hush,” a Minister said. The underlying principle behind all this was to shake the post-Independence status quo.