Prime Minister has not asked Trump any mediation on Kashmir, said Jaishankar in Parliament 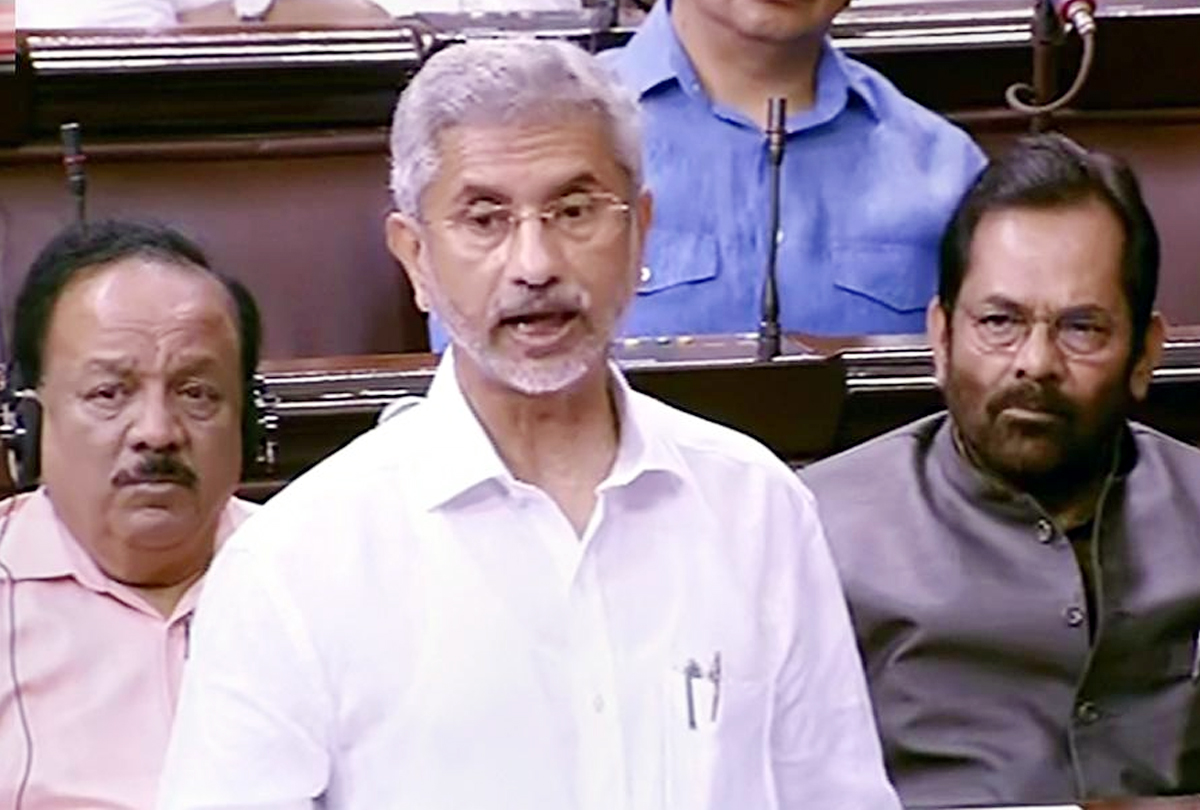 "No such request has been made by the prime minister to the US president," Jaishankar told Rajya Sabha. He should make a statement to Lok Sabha also later in the day.

The issue was raised in the Upper House by Congressman Anand Sharma and D. Raja of the ICC. While Mr. Raja was investigating whether the government had changed his position on Kashmir, Mr. Sharma insisted that the Prime Minister inform the House of what he had said to Mr. Trump.

"I wish to reiterate that India's position is that all matters concerning Pakistan will be considered only bilaterally and that no third party will participate in the mediation. Any engagement with Pakistan would imply an end to cross-border terrorism, "said the Minister of External Affairs, adding that the Shimla Accord and the Lahore Declaration would continue to be the only basis for resolving all the problems between the two countries.

However, the opposition is not satisfied with the minister's response. While opposition members insisted on getting a response from the prime minister himself, Rajya Sabha was adjourned at 12 noon.

Problems that resonate in the lok sabha

The problem was also raised in Lok Sabha and the member of Congress, Kodikunnil Suresh, notified that he was requesting the motion to postpone. Members of Congress raised slogans as soon as the lower house met. CLP leader Adhir Ranjan Chowdhury said: “India has bowed to the US.  When he strongly objected to his comments, the Minister of Parliamentary Affairs, Pralhad Joshi, said that Jaishankar would make a statement at 12 noon.

On Monday, Mr. Trump offered to mediate the Kashmir dispute between India and Pakistan for decades, saying Mr. Modi had asked him to do so.

"I was with Prime Minister Modi two weeks ago and we talked about this issue and he really said 'Would you like to be a mediator or arbitrator'? I said 'where,' said 'Kashmir'." Because this has been going on for many, many years, "Trump said in the White House, where he hosted Pakistan's Prime Minister Imran Khan.

The Foreign Minister quickly refuted Mr. Trump's claim. "We have seen [Mr. Trump's statements to the press indicate that he is ready to mediate, if requested by India and Pakistan, on the issue of Kashmir." Prime Minister Narendra Modi has not made such a request to the president of the United States. "MEA spokesman Raveesh Kumar said Monday.