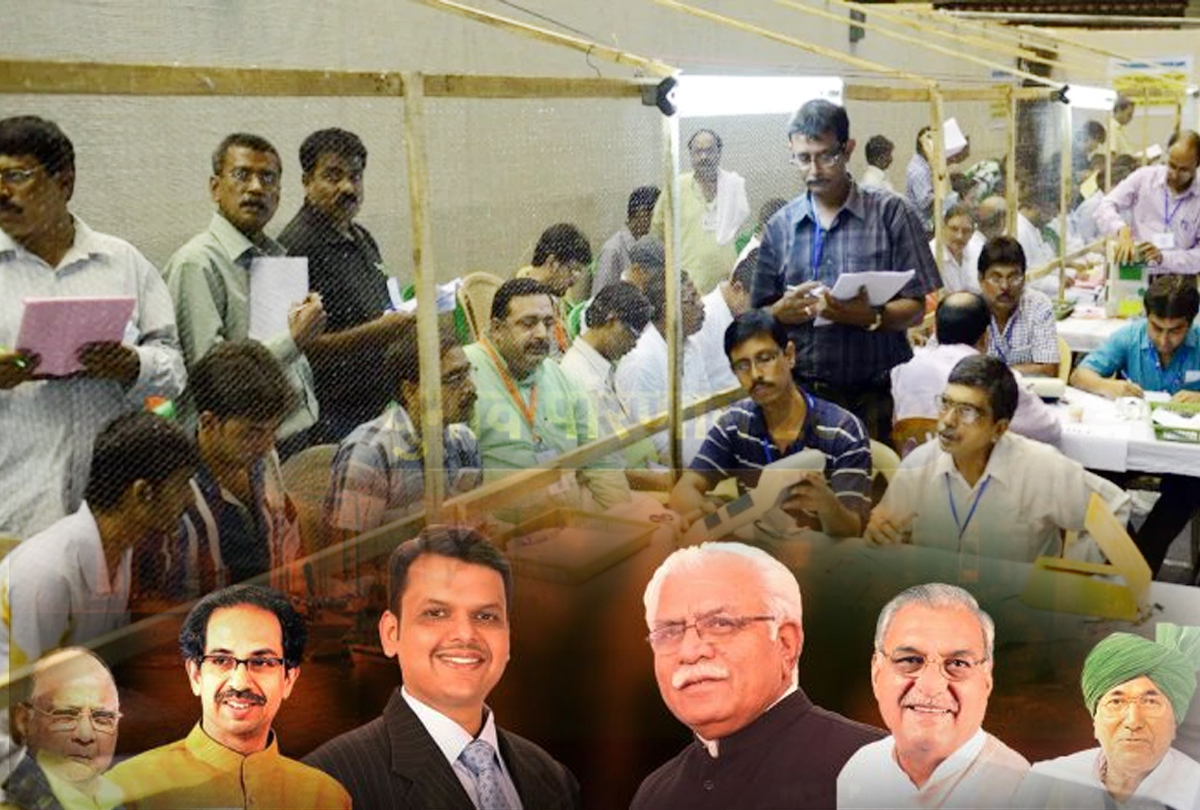 The Maharashtra and Haryana Assembly elections 2019 and the bypolls were held on Monday. While Haryana recorded a voter turnout of 65 per cent, a little over 61 per cent voters cast their votes in Maharashtra.

Assembly elections 2019 exit polls have predicted that the Maharashtra Assembly poll results will be in favour of the BJP-Shiv Sena alliance. Exit polls of Assembly elections have made similar predictions for the BJP in Haryana, where the party is pitted against the Congress and regional parties like the Indian National Lok Dal and the Jannayak Janata Party (JJP).

Tight security is in place at counting centres in both states. An election official told PTI on Wednesday that around 25,000 personnel had been deployed on counting duty in Maharashtra.

Poll Issues: The BJP had made the nullification of Article 370 and nationalism major poll issues in both Haryana and Maharashtra and told the voters that both the Khattar and Fadnavis governments had provided a clean and transparent administration in their respective tenures.

On the contrary, the Congress and other opposition parties targeted the BJP government over unemployment, law and order and the condition of farmers.

Campaigning: In Maharashtra, while experts called the Congress’ campaigns “dull”, the Nationalist Congress Party (NCP) led by Sharad Pawar held passionate rallies in the run-up to the assembly elections.

Exit Poll Results: According to News18 IPSOS exit polls, the BJP may well be within touching distance of the majority mark in Maharashtra on its own. The party is likely to bag 141 seats in the 288-seat Assembly, up from its 2014 tally of 122. Its ally, the Shiv Sena, is also likely to make massive gains, going from 63 to 102 seats in the Assembly.

In Haryana, the BJP is likely to zoom past the halfway mark, bagging 75 seats in the 90-seat Assembly. Congress may come down from 15 to 10 seats, but the biggest setback may come for the INLD which may be wiped out altogether.