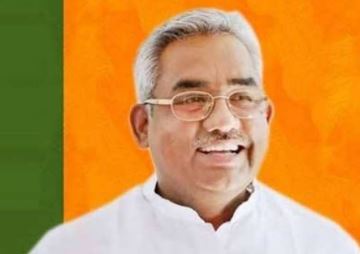 Madan Kaushik is the new president of BJP's Uttarakhand unit

Bharatiya Janata Party (BJP) leader Madan Kaushik has been appointed as the new chief of the party's Uttarakhand unit. He replaces Banshidhar Bhagat who was heading the party in the hilly state since January 2020. Sources told India TV that Banshidhar Bhagat could join Tirath Singh Rawat's Cabinet.

Kaushik was Cabinet minister under Trivendra Singh Rawat who stepped down as CM earlier this week. A four-time MLA from Haridwar constituency, Kaushik also served as the Cabinet minister in 2007-2012 BJP government. He was first elected to the Legislative Assembly in 2002 and subsequently in 2007, 2012 and 2017. 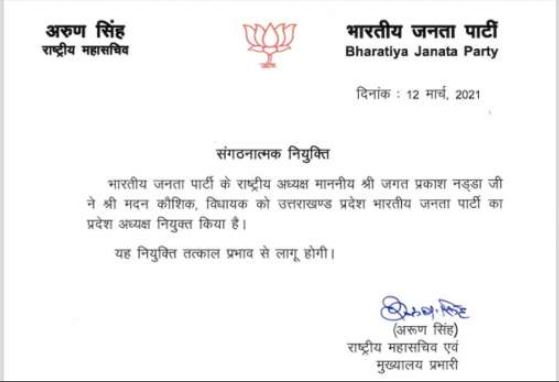 Banshidhar represents the Kaladhungi constituency in Nainital district. He has been heading the BJP's state unit since January 2020.