Kashmir is India’s internal issue, no room for Pakistan to intervene: Rahul Gandhi 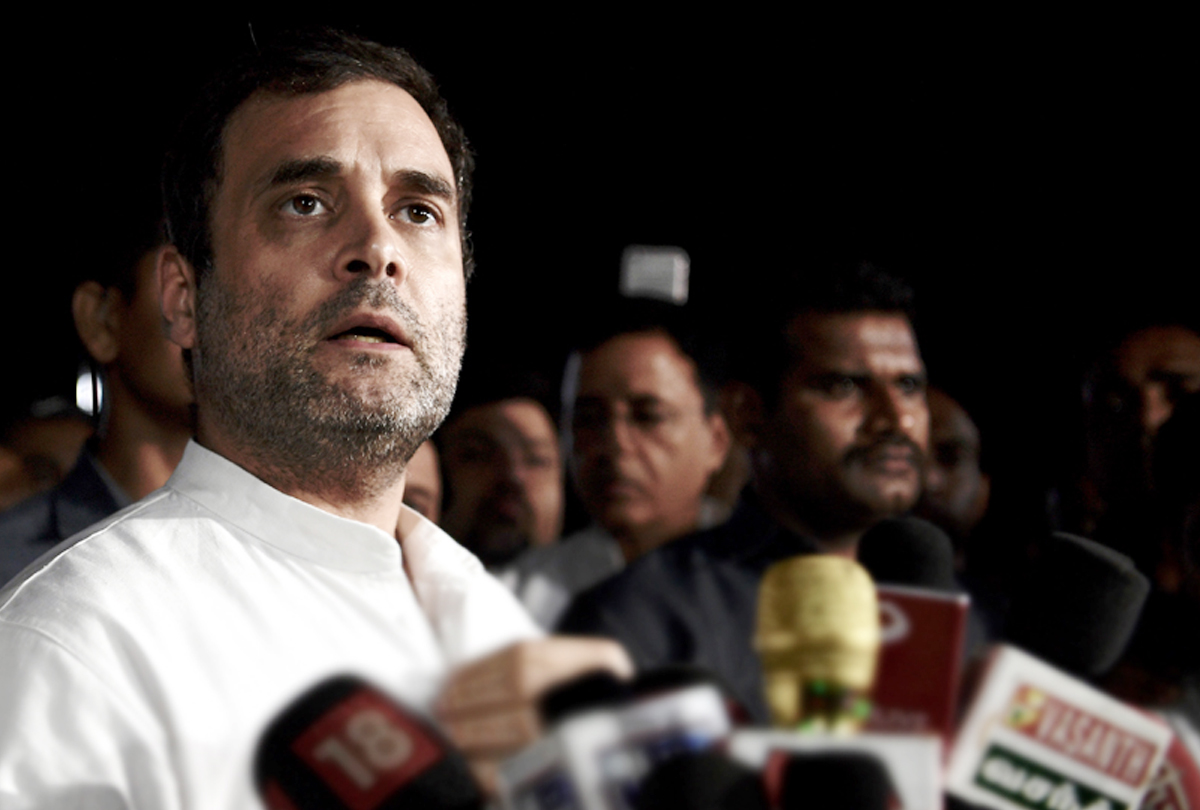 Congress leader Rahul Gandhi on Wednesday hit out at Pakistan for instigating and supporting violence in Jammu and Kashmir (J&K) and backed the Centre’s position that abrogation of special status for J&K under Article 370 was an internal issue.

Mr. Gandhi’s fresh comments on Kashmir come a day after a Pakistani Minister, Shireen Mazari, in a letter to multiple officials of the United Nations, quoted the Congress leader as saying that people were ‘dying’ in J&K.

She is reported to have claimed that there was an increase in Google search engine on ‘how to marry Kashmiri women’ after Mr. Khattar’s comment.

“I disagree with this Govt. on many issues. But, let me make this absolutely clear: Kashmir is India’s internal issue & there is no room for Pakistan or any other foreign country to interfere in it,” Mr. Gandhi said on Twitter in response to Ms. Mazari's letter.

“There is violence in Jammu & Kashmir. There is violence because it is instigated and supported by Pakistan which is known to be the prime supporter of terrorism across the world,” he added.

In her letter, Ms. Mazari said, “Acts of violence have been acknowledged by mainstream politicians, such as the leader of the Congress party, Mr. Rahul Gandhi who has noted ‘people dying’ in Jammu and Kashmir, in light of events going very wrong there”.

On August 10, four days after the Centre had bifurcated J&K and Ladakh by abrogating special status under Article 370, Mr. Gandhi expressed concern over reported violence.

“We are extremely concerned about the reports that are coming and the government needs to assuage the country and tell the country what is happening in J&K,” Mr. Gandhi had said, emerging from a meeting of the Congress Working Committee.

After the Pakistani Minister’s move to write to the U.N. body for human rights, the Congress accused Pakistan of mischievously dragging Mr. Gandhi’s name “to justify the pack of lies and deliberate misinformation being spread by Pakistan”.

“Let no one in the world be in doubt that Jammu, Kashmir and Ladakh were, are and shall always remain, an integral part of India. No amount of diabolical deception by Pakistan shall change this irrevocable truth,” Congress chief spokesperson Randeep Singh Surjewala said in a statement.

The Congress said Pakistan should instead answer the world about unpardonable and inhumane violations of human rights in Pakistan Occupied Kashmir-Gilgit-Hunza-Baltistan.

“Pakistan also owes an explanation for designed persecution of over 70 million Mohajirs and killing of over 25,000 by Pakistani Forces. Not only this, human rights violations in Balochistan, including thousands, who have gone missing as also mass graves being uncovered by different agencies have never been answered,” he said.

The Congress chief spokesperson said that last year in July, 128 innocents were murdered at an election rally by the Balochistan Awami Movement and there had been regular human rights violations of Pashtun people in the tribal regions by Pakistani Army.

“Let the world be reminded again that almost every terrorist organisation thrives in Pakistan under political and military patronage – be it Lashkar-e-Taiba, Jaish-e-Muhammad, Hizbul Mujahedeen, Al-Qaeda or Taliban and its multiple offshoots,” said the Congress chief spokesperson.