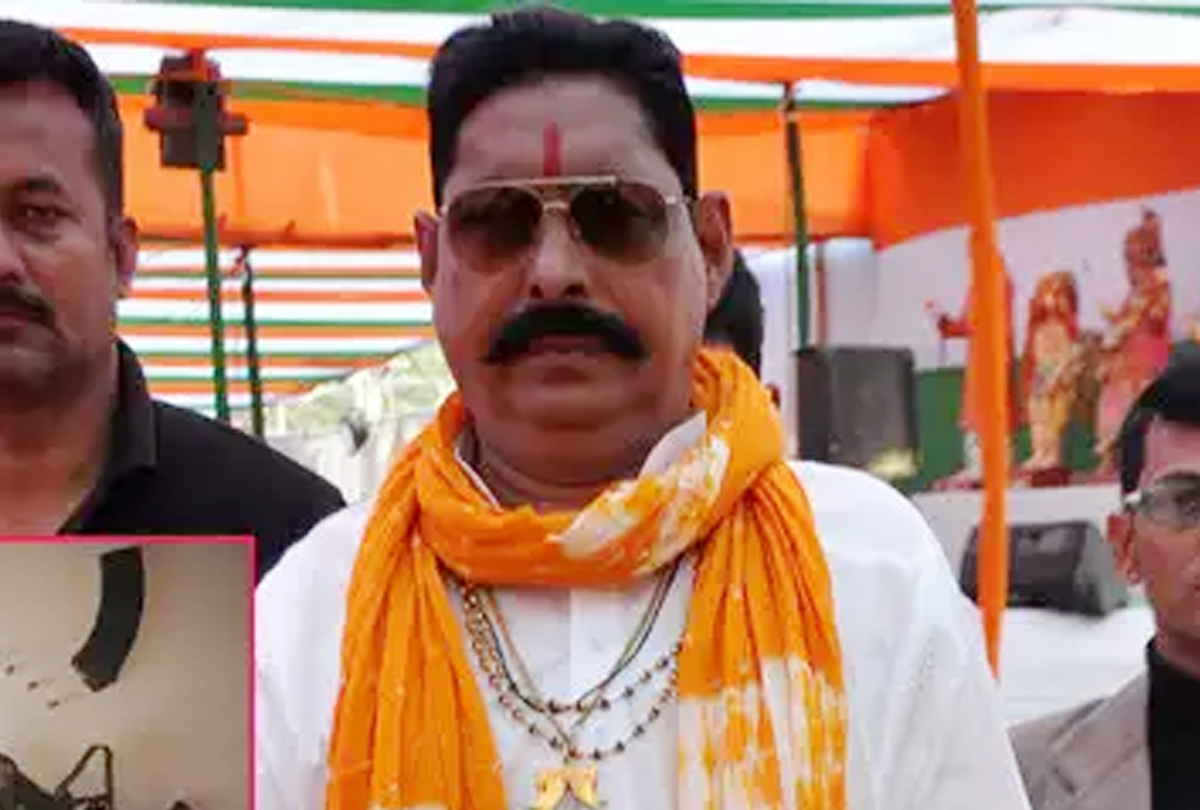 Independent Bihar MLA Anant Singh, who on August 17 was charged under Unlawful Activities (Prevention) Act (UAPA) after an AK-47 rifle, 22 cartridges and two bombs were recovered from his ancestral home, was missing from his Patna residence in a police raid late on Saturday night.

“The MLA was found missing from his residence, though his mobile phone was recovered from there…the police will arrest him soon,” a senior police officer told The Hindu.

On August 16, the local police in Barh of Patna district led by Superintendent of Police (Rural) Kantesh Kumar Mishra and ASP Lipi Singh had conducted a raid at the MLA’s ancestral home in Ladma village. The police said an AK-47 rifle, 22 cartridges and two bombs were recovered from his residence. Later, the three-time MLA from Mokama was booked under the UAPA and Arms and Explosive Acts at Barh police station.

Before conducting the raid at his residence on August 17, the police had removed Mr. Anant Singh’s three official bodyguards and sent them to the police lines, said a senior police official in Patna. The police, however, arrested the absconding MLA’s accomplice, Chhotan alias Sunil Singh who is allegedly an accused in an attempt to murder case. A sword was also recovered from his possession by the police.

“When the police team reached at the Patna residence of the MLA on Saturday night, the man, Chhotan Singh, who opened the gate, tried to prevent the entry of police for few minutes…he was immediately arrested,” said Mr. Mishra. He also said that the arrest of Mr. Anant Singh was “imminent as the offences registered against him do not have the provision of an anticipatory bail”.

Mr. Anant Singh, popularly known as “Chhote Sarkar (mini-government)” in his area of influence of Barh and Mokama, was earlier, in the ruling JD(U). He had won the Assembly elections in 2005 and 2010 from Mokama as a JD(U) candidate, but in 2015 when Mr. Nitish Kumar shook hands with the RJD, Mr. Anant Singh was denied ticket and sent to jail in a murder case. He won the 2015 Assembly election from jail as an Independent candidate. Earlier, he was also considered close to Mr. Nitish Kumar and had weighed him with silver coins.

But, later Mr. Anant Singh fell out with the ruling JD(U) and its top leadership when he announced that his wife Nilam Devi would contest the Lok Sabha poll in 2019 against JD(U) candidate Rajiv Ranjan Singh alias Lalan Singh from Munger parliamentary seat. Lalan Singh is close to Mr. Kumar. The JD(U) candidate, though, won the poll by more than 1.5 lakh votes.

But, the acrimony between Mr. Lalan Singh and Mr. Anant Singh continued and the latter recently charged, “it was at the behest of Lalan Singh, the local ASP Lipi Singh conducted a raid at my ancestral home which I had not visited for the last 14 years”.

“Lalan Singh wants me to send to jail as my wife had contested Lok Sabha poll against him,” charged Mr. Anant Singh while adding, “and, in his evil design the local ASP Lipi Singh, who is the daughter of senior JD(U) leader RCP Singh, is supporting him”. Mr. Anant Singh alleged that Mr. Lalan Singh had recently publicly applauded Ms. Lipi Singh for taking action against him. He also said that he tried five times to contact Mr. Kumar to apprise him about his “harassment” by his party leaders, but failed. “I’ll go to court now and put my position before it…I’ve full faith in judiciary,” he told journalists in Patna recently.