How can one be a father if he is not even a husband, asks Alka Lamba as Trump calls PM Modi ‘father of India' 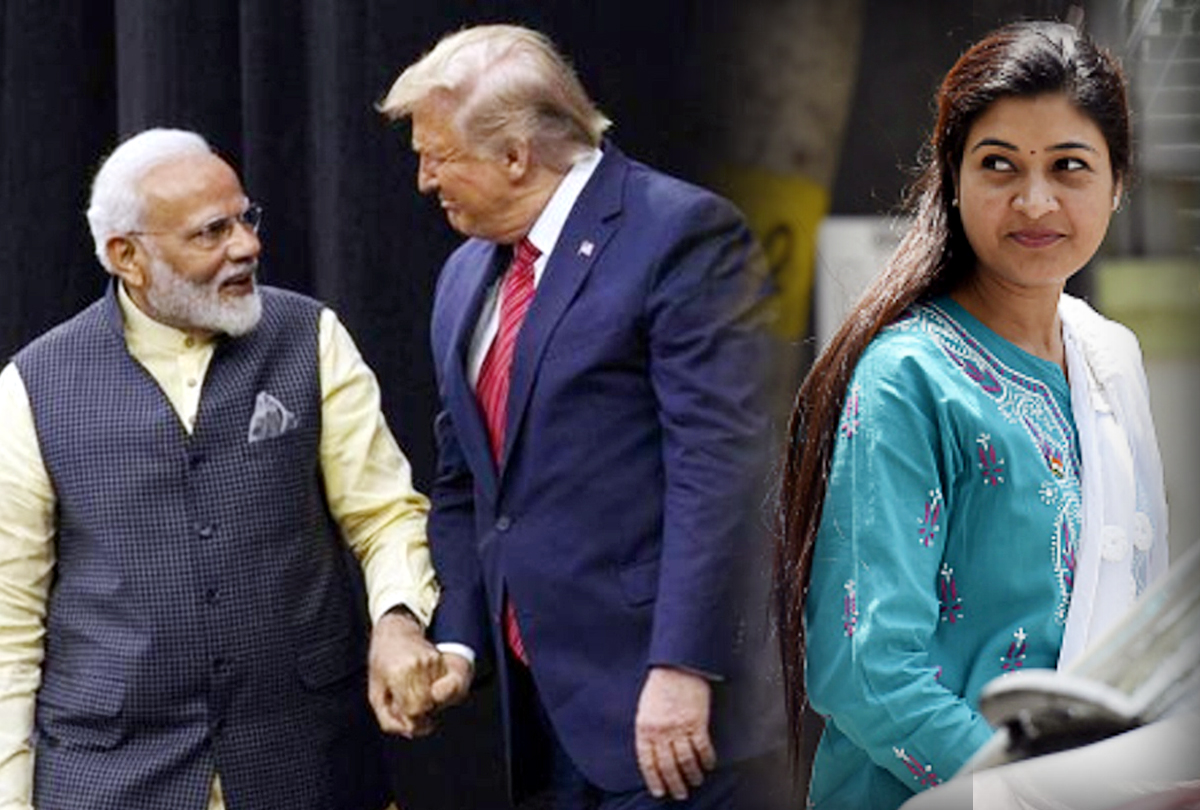 Former Aam Aadmi Party (AAP) leader Alka Lamba, on Tuesday, joined the chorus criticising US President Donald Trump’s remark in which he called Prime Minister Narendra Modi “Father of India”. Ridiculing Trump’s remark, the former AAP MLA from Delhi’s Chandni Chowk said that how can one be a father if he is not even someone’s husband.

Lamba made the comment after Union minister Jitendra Singh slammed those criticising Trump’s comment. Singh said people who do not feel proud about US President calling Prime Minister Modi "father of India", do not consider themselves as Indians.

"People who live abroad are proud today of being Indian. This is happening due to the personality and personal outreach of Prime Minister Narendra Modi... If a frank and impartial view comes from outside, from the US President then I think all Indian citizens should feel proud of it, irrespective of their political affiliation,” the minister said.

"For the first time, the US President has used such words of appreciation for any Prime Minister. If someone is not proud of it then maybe that person doesn't consider himself an Indian,” he added.

On Tuesday, Trump lauded Prime Minister Modi and called him “father of India" when the two leaders met at the UN headquarters on the sidelines of the United Nations General Assembly in New York during the press briefing.

"My personal chemistry (with Prime Minister Modi) is as good as it can get. I have great respect, I have great admiration and I really like him. He is a great gentleman and a great leader. I remember India before, it was very torn. There was a lot of fighting and he brought it all together like a father would bring it all together. Maybe he's the father India, we'll call him the father of India. But he brought things together and you don't hear that anymore. So he's done a fantastic job," Trump had said.

Earlier, AIMIM president Asaduddin Owaisi hit out at the US President for his comment and called him 'jaahil' (illiterate). Owaisi also said that Trump had insulted the legacy of Mahatma Gandhi by making such a statement and added that he had the no knowledge of Indian history abd India’s freedom struggle.

“Modi can't be the father of the nation because you can't compare him to Mahatma Gandhi. Even giants like Jawahar Lal Nehru and Sardar Patel were not given such titles,” said the AIMIM chief.