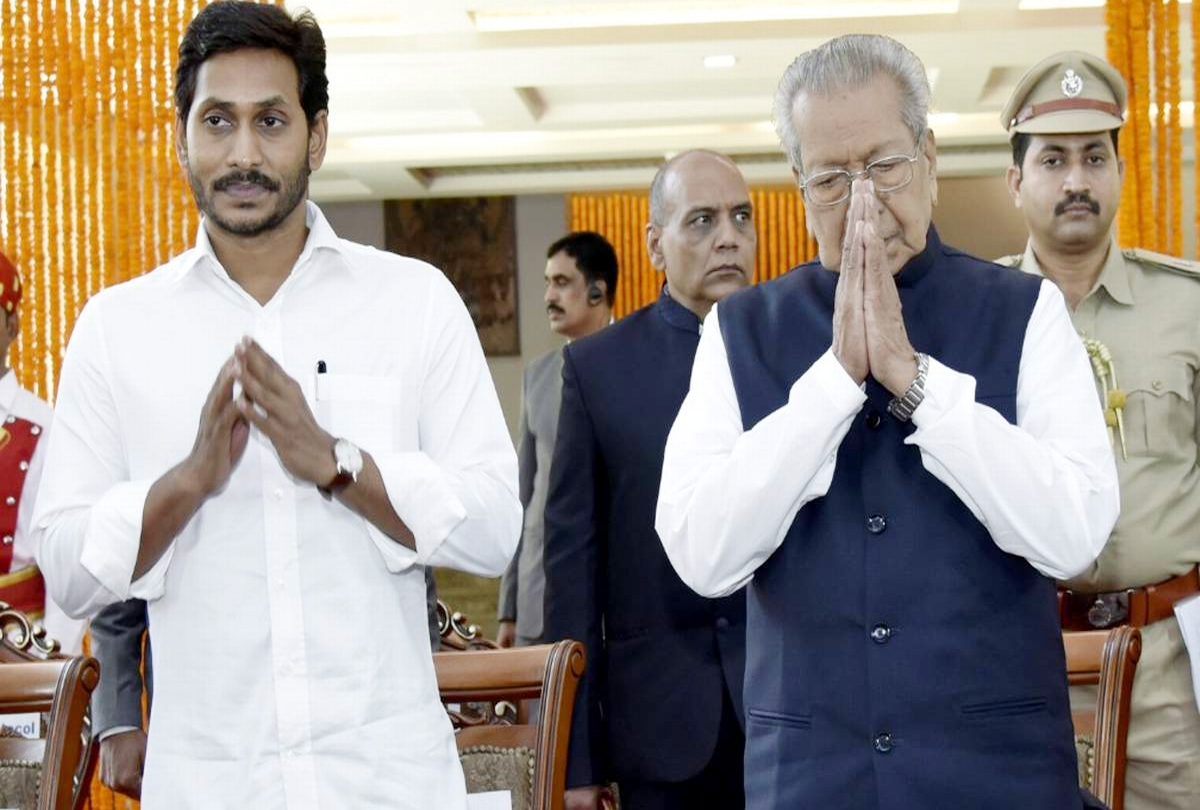 Biswa Bushan Harichandan was sworn in on July 24 as governor of Andhra Pradesh in Raj Bhavan's office.

He is the second governor of the state after the bifurcation and the first full-time governor in Vijayawada. E.S.L. Narasimhan was governor of Andhra Pradesh and Telangana from Hyderabad.

The Chief Oath of the Supreme High Court of Andhra Pradesh, C. Praveen Kumar, was sworn in to Mr. Harichandan after the Secretary General, L.V. Subramanyam read the nomination warrant issued by President Ram Nath Kovind. Mr. Harichandan then signed the oath of office and the letter to be sent to the President.

Ministers and members of the Assembly and Council also took part in the brief ceremony. Some of them came to Raj Bhavan from the Velagapudi legislative complex in the capital Amaravati in a special bus.

The leader of the opposition, N. Chandrababu Naidu, was present among the other guests.

Following the appointment of the full-time governor, the state government redeveloped the city's irrigation department to house Raj Bhavan. The building was once the office of the chief minister of the camp, and then the high court of Andhra Pradesh.