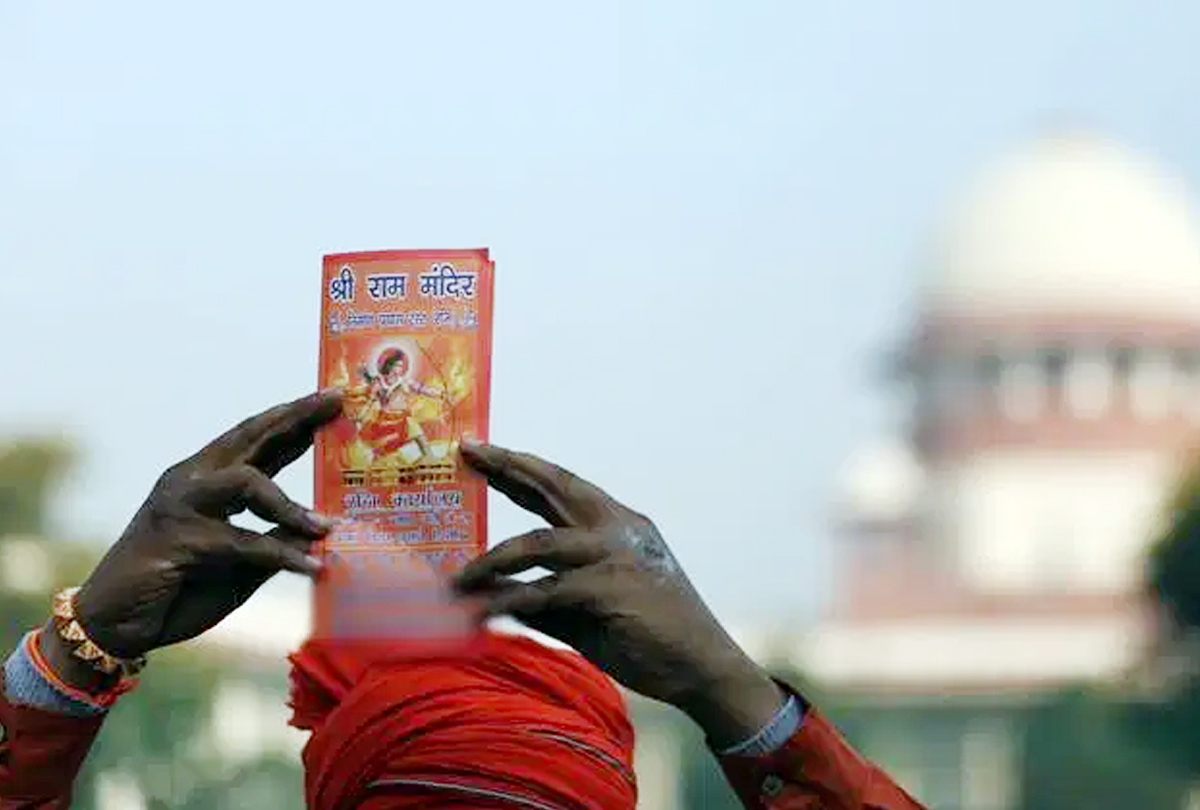 A report is likely to be filed soon in the Supreme Court by the Ayodhya mediation panel informing that the Sunni Waqf Board and Nirmohi Akhara have expressed willingness to continue with talks to amicably resolve the over 70-year-old Ramjanmabhoomi-Babri Masjid title dispute between Hindu and Muslim factions.

The report is expected to seek the court’s permission to resume negotiations with the parties.

A source confirmed that both the Board and Akhara have written to the Supreme Court-appointed mediators — former Supreme Court judge F.M.I. Kalifulla, spiritual guru Sri Sri Ravishankar and senior advocate Sriram Panchu — suggesting that talks should resume from the point where it was abruptly dropped off at the last minute on July 29 due to resistance from certain blocks across the religious divide, causing heartburn among some other stakeholders.

The Constitution Bench led by Chief Justice Ranjan Gogoi, hearing the Ayodhya appeals, had announced the failure to reach a final settlement in a court hearing on August 2. Adjudication of the pending appeals, which were kept in limbo due to the mediation, commenced from August 6. Over 20 court hearings are already over by now. The appeals have been heard on a daily basis by the five-judge Bench. The Sunni Waqf Board was arguing its case in court.

The mediation effort was initiated by a Constitution Bench led by Chief Justice of India Ranjan Gogoi on March 8 in a bid to heal minds and hearts. The Bench had explained that the Ramjanmabhoomi-Babri Masjid case was “not about the 1,500 sq.ft. of disputed land, but about religious sentiments”.

The three-member mediation committee had held several rounds of talks with stakeholders in Faizabad district in Uttar Pradesh of which the disputed area in Ayodhya is a part of. The proceedings were held in-camera and utmost care was taken to maintain confidentiality to ensure its success.

Initially, on March 8, the court had given the mediation effort a deadline of eight weeks. However, the committee had filed an interim report dated May 7 in court saying that they were making “progress”.

The court had then extended the time till August 15, saying it did not want to “short-circuit” the mediation efforts. The court had pushed for a possible out-of-court settlement despite objections raised by some parties that their faith in Lord Ram’s birthplace was “non-negotiable”.

However, things took a sudden turn when an application was filed by Gopal Singh Visharad, an original claimant who had filed a title suit in 1950, through his survivor Rajendra Singh. The application claimed the committee was making no progress and asked the Bench to commence hearing the long-pending Ayodhya appeals.