Anurag quits Twitter after family gets threats, Kashyap's Last Tweet-"Congratulations Everyone On This New India" 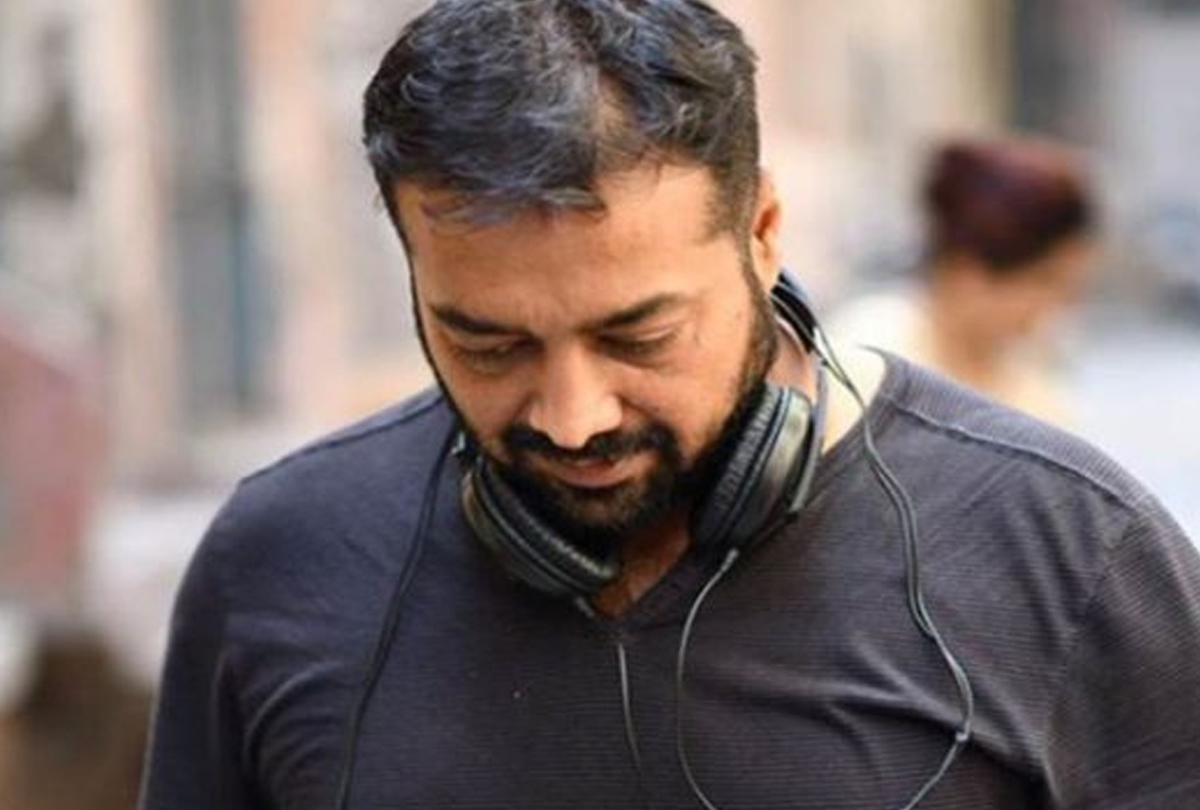 Indian Filmmaker Anurag Kashyap has deleted his Twitter account, citing concerns for his family after receiving threats for posting tweets in which he "spoke" his mind.

Mr Kashyap was among the film personalities who, on July 23, wrote an open letter to Prime Minister Narendra Modi asking him to intervene in incidents of lynching and the alleged weaponisation of the slogan "Jai Shri Ram" into a "war cry".

In the last two tweets before the filmmaker deleted his account, he lamented he wasn't "allowed to speak my mind without fear".

"When your parents start to get calls and your daughter gets online threats you know that no one wants to talk. There isn't going to be reason or rationale. Thugs will rule and thuggery will be the new way of life. Congratulations everyone on this new India & hope you all thrive," Mr Kashyap tweeted. 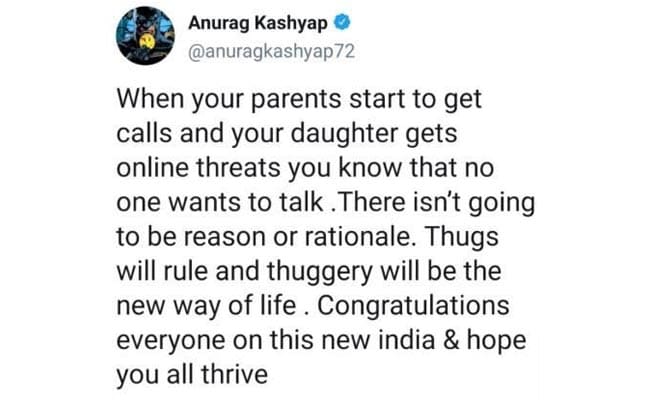 "Wish you all the happiness and success. This would be my last tweet as I leave Twitter. When I won't be allowed to speak my mind without fear than I would rather not speak at all. Good bye," he said. 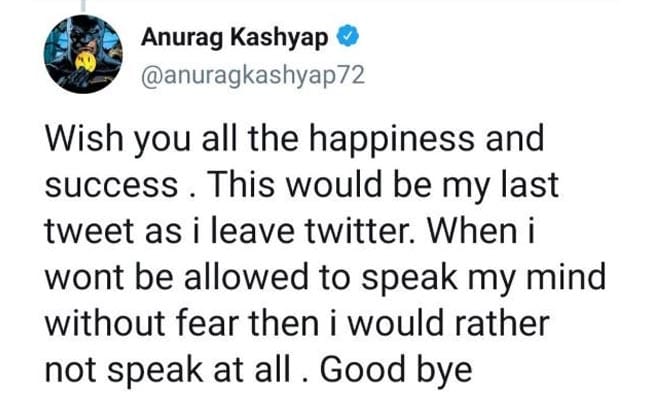 Mr Kashyap has directed several movies on themes of social tension, such as Black Fridayon the 1993 Mumbai blasts, and Gulaal, a film on student politics.

His fans asked him to return, while others trolled him.

Activist Rahul Easwar replied to screenshots of the filmmaker's last tweets and expressed disappointment over what he claimed was throttling of opinion in a democracy.

"Very sad that Sri Anurag Kashyap deleted his Twitter. It is sad & bad for democracy when we cant voice our opinion with out fear. I disagree with Anurag Kashyap ji on 99% of issues, but his Right to say is our Responsibility as a Nation. Anurag Kashyap .. God bless Jai Hind," Mr Easwar tweeted.

Mr Kashyap last month filed a police complaint after a person allegedly threatened and abused him on Twitter.