Akhilesh Yadav’s declaration: Rs 1,000 will be given to every woman’s account after SP government is formed in UP 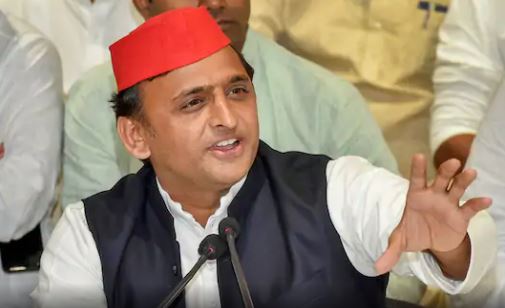 Samajwadi Party chief Akhilesh Yadav made a big announcement on Saturday in reference to the Assembly elections in Uttar Pradesh next year. Speaking at the SP workers’ training convention in Mirzapur, Akhilesh said, “If the Samajwadi Party government is formed in Uttar Pradesh next year, every woman in the state will have to spend Rs. Meanwhile, Akhilesh Yadav compared the BJP government to the East India Company and accused the SP of stealing its plans and changing its name. He said that the pipe-drinking water mission scheme is an SP rule and the BJP is borrowing by changing the name.

Earlier on Friday, Akhilesh Yadav said the SP would prove to be a game changer in UP in the 2022 Assembly elections. We are going to form a government with absolute majority. That is why, by organizing training camps in the mandals, the workers are preparing them to give the BJP the right answer. He says the middle class is suffering from inflation. This government will also deprive farmers of their rights. The new agricultural law proves to be a death warrant for farmers.

The SP is ready to answer the BJP

The SP chief said UP politics had reached a critical juncture. The SP is ready to answer the BJP. The state’s front, backward, poor, dalit and minority are all looking towards the SP. He said the BJP had done nothing in five years. It is inaugurating the development work done by the SP administration.