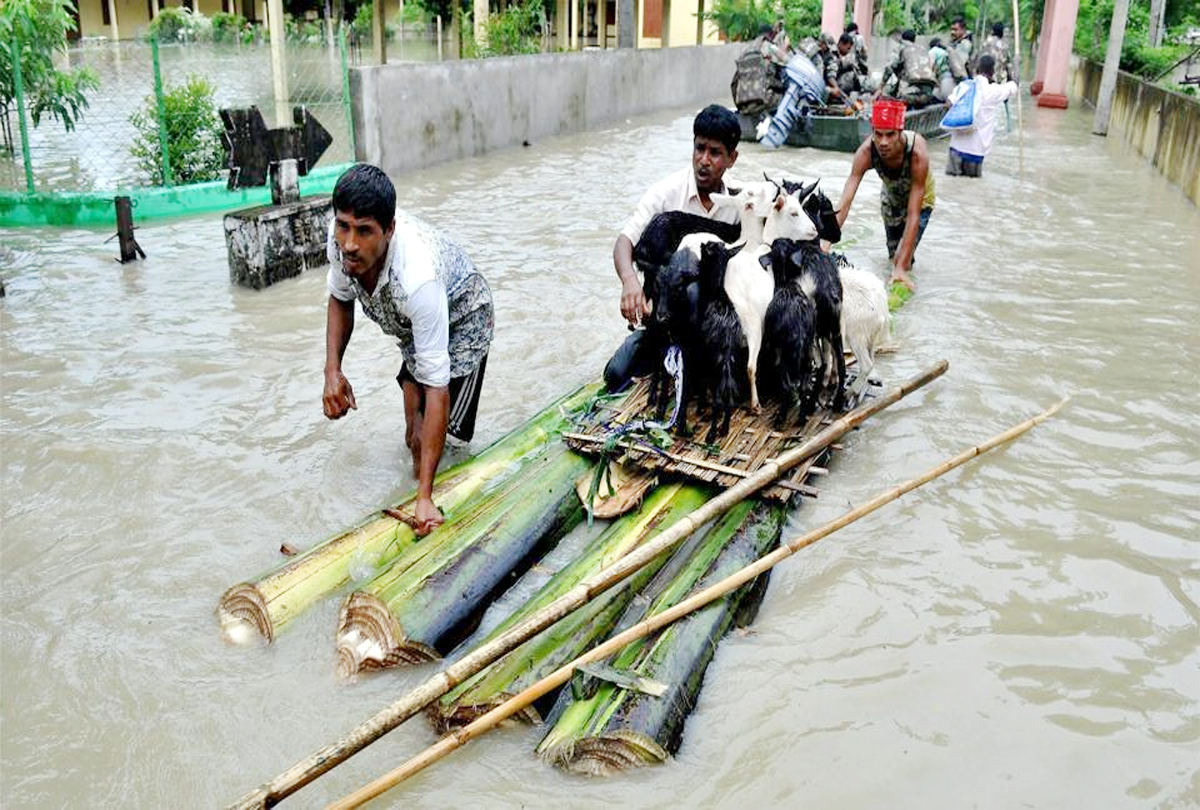 The day also saw the death of nine people with acute encephalitis syndrome and Japanese encephalitis, falling to 165 since January.

Two rivers in the Barak Valley in southern Assam joined those in the Brahmaputra Valley to cross the danger zone. Much of the damage was caused by the Brahmaputra and seven of its tributaries.

Barpeta, in eastern Assam, is the most affected district with 3.49 lakhs, followed by Dhemaji in northeastern Assam with 1.18 lakh. 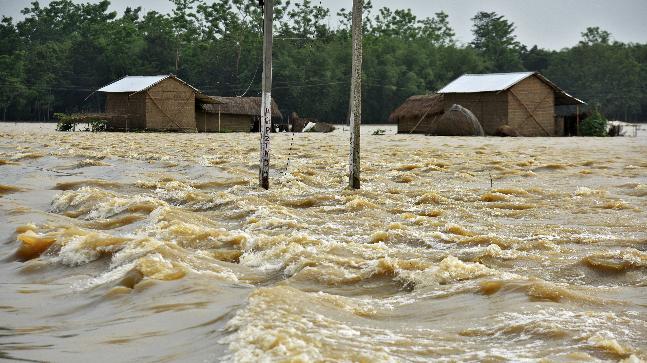 "District officials and national and national disaster response personnel evacuated people from the most affected areas. No casualties have been reported, "said a spokesman for the State Disaster Management Authority of Assam.

"We opened 68 relief camps in 11 districts in which 7,643 people moved in. We have also set up 48 relief distribution centers, "added the spokesman.

The data showed that 27,864.16 hectares of farmland were damaged and 3.72 lakh cattle were affected.

The Northeast Frontier Railway reported disturbances in train services due to the sinking of the track. This occurred in the district of Dima Hasao, temporarily cutting south of Assam, Mizoram and Tripura.

Officials from the National Health Mission said a total of 76 cases of AES and EJ were reported Friday, nine of which died in various government facilities. Three of them died from JE in Dibrugarh and Goalpara districts.

"There have been 1,280 cases of AE and JE since January, of which 334 were positive for JE. We are trying our best to minimize deaths, although 165 people have died to date, "said a health official.