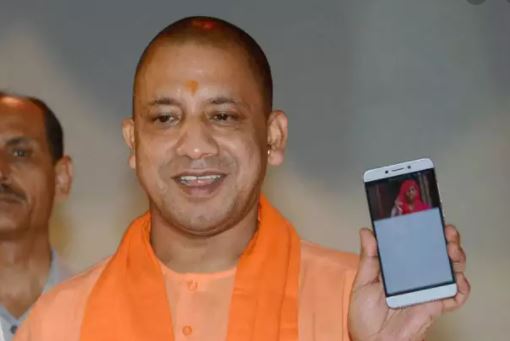 The handle @myyogiadityanath had its first post two days ago. It read, “Expanded into one more medium for easy, quick and personal communication with you. This swadeshi medium is a successful step in the direction of Aatmanirbhar Bharat. You are all welcome on the platform.”

The name used in the handle is the same as the one used on Adityanath’s personal Twitter account. 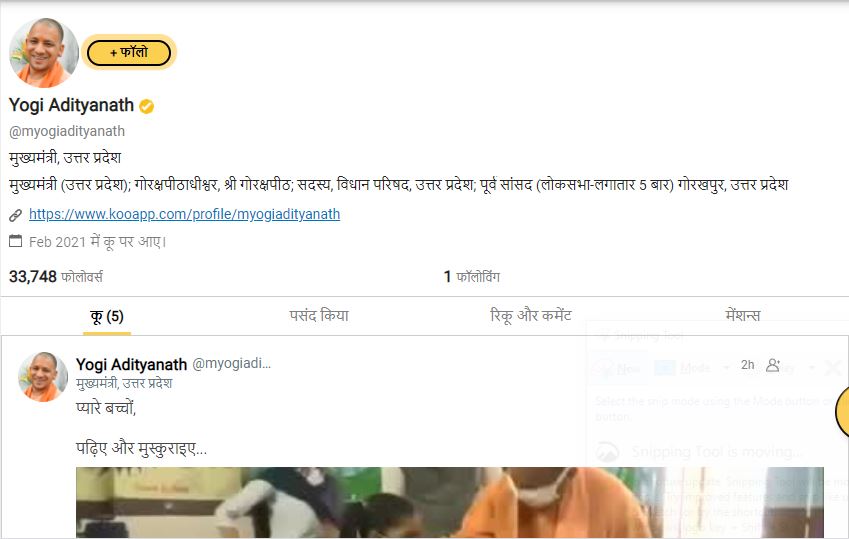 The account has 31,511 followers while the only handle followed is the Koo app handle. The profile is verified and has four posts till now. The Twitter account of Adityanath, created in September 2015, has 12.8 million followers and is following 46 accounts, including the personal account of Prime Minister Narendra Modi.

Even before Adityanath joined the platform, other accounts in his name had been created. These include @M_yogi_adityanath with a profile that describes him as “Politician.. CM, Uttar Pradesh”.

Koo, which has a yellow wingless bird as its logo, describes itself as a ‘Personal updates and Opinion Sharing micro-blogging platform. Discussions are around interesting topics. It empowers people to express their thoughts in Indian languages with a strong knit local Indian community”.

The app is the winner of the AatmaNirbhar App Innovation Challenge held by the Government of India in August 2020.

While Modi has spoken about the app in his Mann Ki Baat, he is not on the platform as yet. Prominent personalities on Koo include Piyush Goel (minister for Railways), Shivraj Singh Chouhan (CM, Madhya Pradesh), Anupam Kher (actor), Sadhguru (spiritual guru), Ravi Shankar Prasad (minister for law and justice and information technology) and Anil Kumble (cricketer). 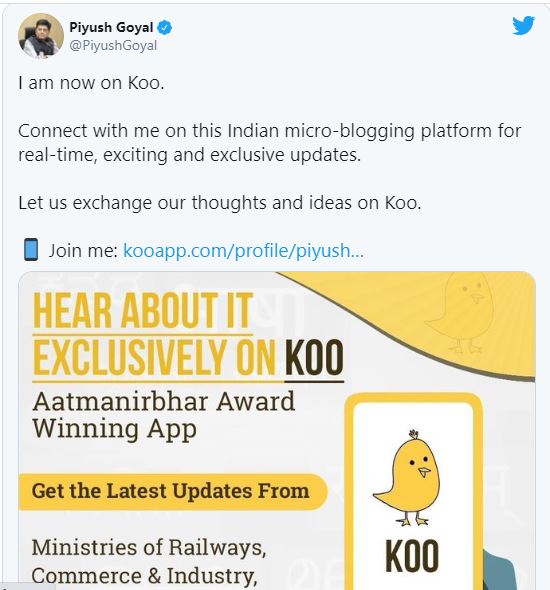