TMC heads towards victory, leads in over 200 seats 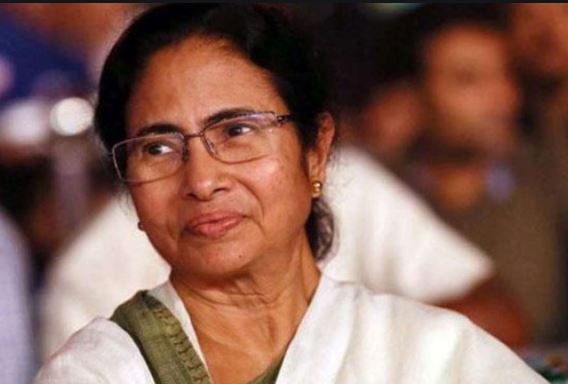 West Bengal Assembly Elections result, the most awaited among the three other states and a Union territory that went to polls in March and April, is likely to be announced by Sunday evening as counting of votes is underway. Early leads show that the ruling Trinamool Congress (TMC) is headed for a big win with Mamata Banerjee’s party leading in over 200 seats. As of now, the BJP is ahead in nearly 80 seats, according to trends on the Election Commission of India’s website.

Mamata Banerjee is looking to win the third term in West Bengal as the chief minister while the opposition BJP has vowed to win more than 200 seats. The fight for the Nandigram assembly constituency is so far the most interesting as the TMC supremo is contesting from this seat for the first time and is trailing behind BJP’s Suvendu Adhikari, who was once the CM’s close aide. 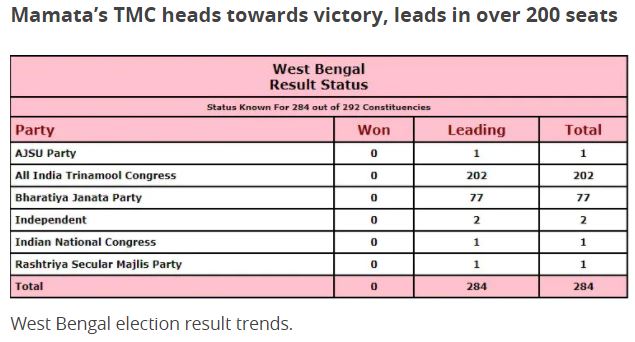 Exit polls have predicted a close contest between the TMC and BJP, who trained guns at each other during massive election rallies that were later criticised for being conducted during the worrisome wave of the Covid-19 pandemic. If Mamata Banerjee’s TMC manages to hold on, it will a remarkable achievement as the party has been weakened by desertions, faced significant anti-incumbency, and appeared to be behind the BJP for much of the campaign.