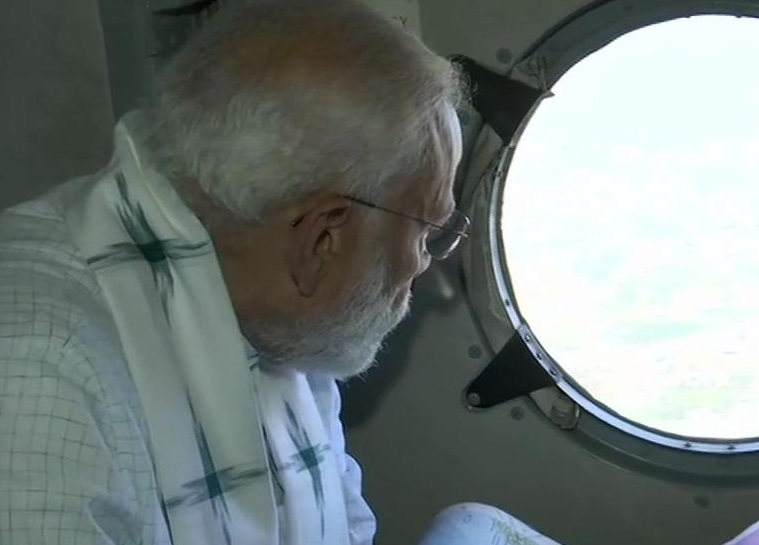 After the cyclone 'Fani', occured two days before in Odisha, PM Modi reached Bhubaneswar to take the reviews of the situation. Meanwhile, Naveen Patnaik and Governor Ganesh Lal of Odisha were present with him. PM Modi assesses loss by conducting aerial surveys. He announced immediate assistance relief of Rs 1,000 crore for the loss caused by the cyclone. While talking to the media, PM Modi praised CM Naveen Patnaik. He said that during the cyclone Naveen Patnaik has done a good job and the people of Odisha showed wisdom and sense, due to which there was less loss. 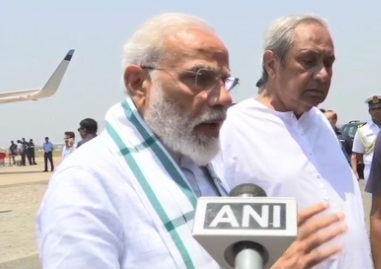