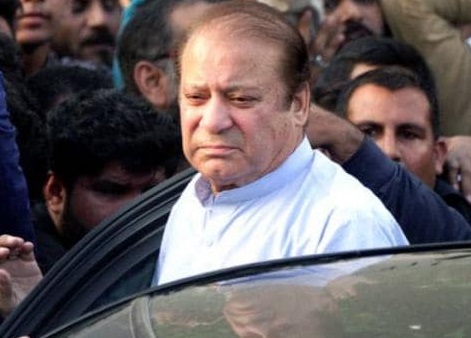 The period of bail for Pakistan's former Prime Minister Nawaz Sharif, stuck in charge of corruption, is ending today. With this, he will go back to jail again to complete his remaining sentence. Let us inform you that Nawaz Sharif has been sentenced to seven years in prison in a case of corruption. Nawaz Sharif came out of jail for cure of bad health, which will be ended today. On March 26, the country's highest court gave interim bail to Nawaz Sharif for 6 weeks. After this, on 27 April, Sharif had once again approached the court to extend the bail period, but the court refused to accept it, after which he would have to go back to the bars to complete his remaining sentence. Let us tell you that Nawaz Sharif was sentenced to seven years in prison for Al-Azizia Mills corruption case. These cases were registered in the case of the Panama Papers after the order of the Supreme Court on July 28, 2018.