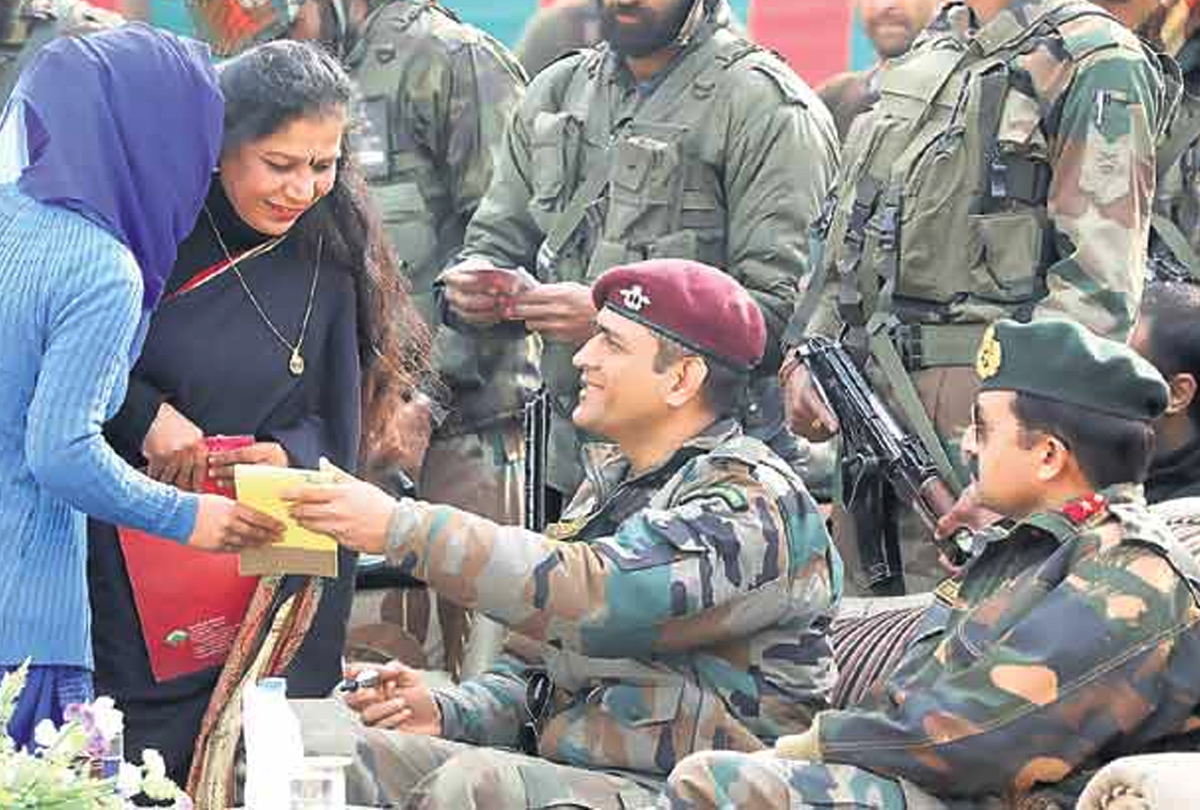 After India's exit from the 2019 World Cup, Indian batter Mahendra Singh Dhoni begins his two-month training with the Parachute Regiment of the Indian Army

The former Indian cricketer, World Cup winner, MS Dhoni, began his two-month training with the Indian Army Paratrooper Regiment. On Wednesday, Dhoni joined a battalion, which is based in Bengaluru.

Speaking to IANS, sources who know about the developments said the plan was pending for a while.

"Just as Dhoni has been one of the greatest servants of Indian cricket, his love for the armed forces is also well known. This idea that he would go and spend time with his regiment was pending for a while, but he took a background, because of their cricket commitments.

"This will also help increase awareness among young people about the armed forces and that is what Dhoni wants," the source said. The 38-year-old has the honorary rank of Lieutenant Colonel in the unit of the Territorial Army of the Paratrooper Regiment (106 battalion For TA).

The Indian army granted him the honor in 2011. Dhoni received this honor along with Abhinav Bindra and Deepak Rao.

In 2015, the Ranchi boy became a qualified paratrooper after completing five parachute training jumps from Indian Army planes at the Agra training camp.

Previously, the veteran batter guard was not available for the West Indies tour, where India will play three T20I, three ODI and two test games as of August 3.

Since the culmination of the World Cup in the United Kingdom, where India reached the semifinals, speculation abounds about Dhoni’s retirement, but the team’s leadership has asked him to manage while preparing the Rishabh Pant with an eye on in the 2020 World T20. Australia.