Mayawati's counterattack on PM Modi on Alwar gangrape: says- Modi has not done anything for Dalits 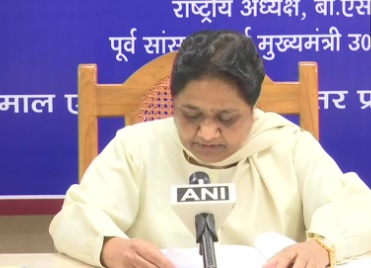 BSP supremo Mayawati attacked PM Modi on the statement given to backward caste. Mayawati said that PM Modi is doing pretense to the backward caste and he is doing this for political gains. He said that Modi's Dalit love is fake, he is doing disgusting politics under the guise of Alwar Kand. Mayawati said that PM Modi is now being sympathetic for getting votes of Dalits, whereas in BJP-ruled states, he does not speak anything on Dalit oppression. However, Mayawati also said that if the action of the accused is not taken, then BSP will withdraw it's support from Rajasthan government. Let us tell you that PM Modi had said while addressing a rally that a Dalit girl was harassed in Alwar but Mayawati has not withdrawn her support from the Rajasthan government till now.