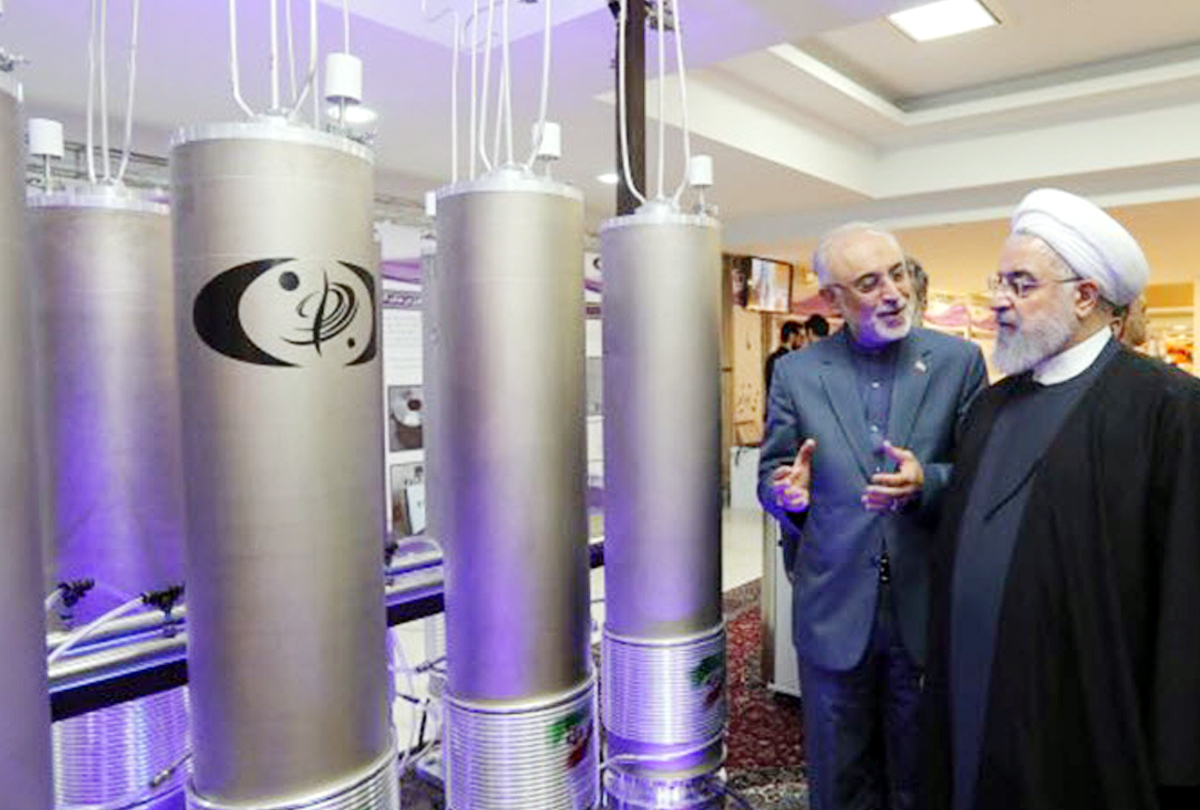 Iran has announced that it will violate the 27 June limit of its enriched uranium stock, set under a nuclear agreement reached in 2015 with the world powers.

Its Atomic Energy Agency said Iran has quadrupled its production of this material, which is used for the manufacture of reactor fuel and potentially nuclear weapons.

But he added that it was "still time" for European countries to act by protecting Iran from reinstated American sanctions.

The United Kingdom, France and Germany have warned Iran not to violate the agreement.

They said they would have no choice but to reimpose their own sanctions, which were lifted in exchange for limits on the Iranian nuclear program.

The latest development comes at a time of intense tension in the region, with the United States deploying military reinforcements and accusing Iran of being behind alleged attacks that set two oil companies on fire on Thursday. Iran denies any involvement.

Iran has complained that it has not honored its commitments to mitigate the effects of US sanctions that came into effect after President Donald Trump abandoned the deal last year. Mr Trump wants to force Iran to renegotiate the agreement and put a stop to its ballistic missile program and put an end to its "malicious" activities in the Middle East.

In early May, Iran announced its intention to free itself from some of the constraints imposed by the nuclear deal. On Monday, he reiterated the threat, adding that the enrichment rate was accelerating and that he intended to break the limit on the amount of low-enriched uranium he could hold until the end of the month. .

But since its first announcement, the context has changed dramatically with two rounds of oil tanker attacks in the Gulf, both attributed by Iran to Iran.

Many fear that Washington and Tehran are on the brink of a military clash and that a miscalculation can tilt them.

The new threat to Iran today of increasing its level of enrichment to a stage that would bring it much closer to military-grade materials adds another element of risk to an already combustible mixture.

Why has Iran increased its enrichment rate?
In early May, Trump stepped up pressure on Iran by ending exemptions from US secondary sanctions for countries that still buy Iranian oil. This measure aimed to deprive the Iranian government of its main source of income.

Iran's President Hassan Rouhani has subsequently announced that his country is reducing its commitments under the nuclear deal.