Gita, Yoga and Ramayana to be taught in madrasas: NIOS 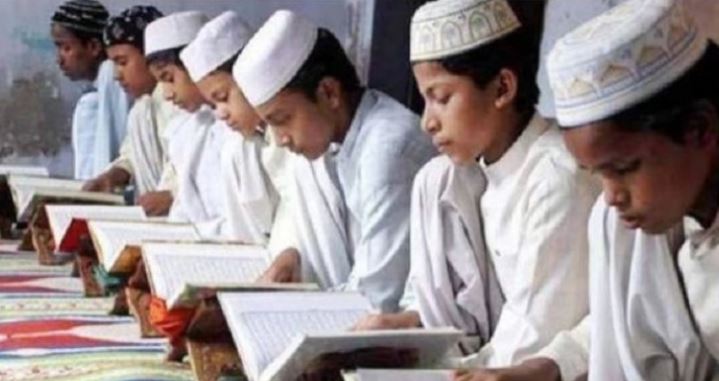 The National Institute of Open Schooling, or NIOS, under the Ministry of Education, is launching a new course in 100 madrasas based on ancient Indian knowledge and traditions. The course is part of the new curriculum. NIOS will launch basic courses for third, fifth and eighth grades. About 15 articles have been prepared about the knowledge of ancient India. It includes Vedas, Yoga, Science, Sanskrit, Ramayana, and the Gita.

According to media report, Saroj Sharma, chairman of NIOS, said the program would be launched in about 100 madrasas. In the future, the number will reach 500. Union Minister Ramesh Pokharial on Tuesday released a number of study materials at the NIA headquarters in Noida. “India is a symbol of ancient language, science, art and culture,” he said. The country is now preparing to revive its ancient traditions and become a superpower in the field of science. The benefits of the course will extend to madrasas and Indian society around the world.

NIOS is one of the two national boards in the country, offering course open and distance learning at the primary, secondary and senior secondary levels. Its yoga course materials include Patanjali’s Kritasutra, Yoga Sutra Exercises, Sun Greetings, Asana, Pranayama, Exercises to Relieve Anxiety and Exercise to Improve Memory.