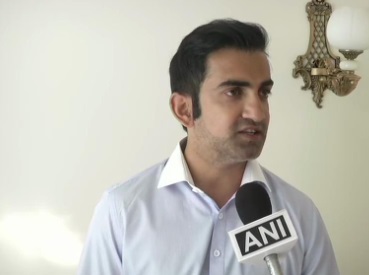 Prior to voting in Delhi, there is a continuous phase of accusations between Aam Aadmi Party and Bharatiya Janata Party. The Aam Aadmi Party leader, Atishi, has made serious allegations against BJP's Gautam Gambhir against the propaganda against him. Not only that, she also cried in the press conference while doing so. Since then, AAP has opened a front against Gautam Gambhir. On the other hand, Gambhir also challenged that if it proved that I did this, then I will withdraw my candidature and if not, will you quit politics? With this, Gambhir has made a case of defamation on Atishi, Manish Sisodia and Arvind Kejriwal.

Gautam Gambhir challenged Chief Minister Arvind Kejriwal and said that the false CM and his party's dirty politics are being watched by Delhi's people. If you did not find any peace with the party after accusing the first two-two voter cards and then canceling the nomination, then they have made such a gross allegationon on me.

Gautam Gambhir says that there are five women in my family too. I never even think of doing such things. He said that he came with clear will power in politics. Gautam Gambhir said that he was accused of using abuses against prescriptions and frustration on atishi. Speaking of dirty politics in aam aadmi party, Gautam said that this dirty game will prove itself suicidal for the party and its candidates.