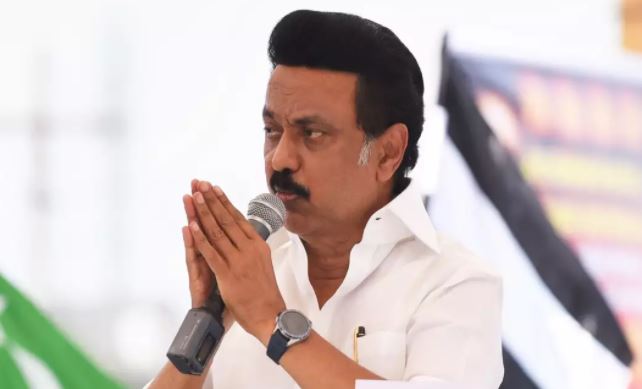 Counting of votes for the 234-seat Tamil Nadu election 2021 is underway. DMK-led alliance is ahead in 137 seats, followed by AIADMK in 93 assembly constituencies. All exit polls had indicated a clear victory for M K Stalin-led alliance. In Tamil Nadu, both Dravidian parties -- AIADMK and DMK -- went into the election without their stalwarts, J Jayalalithaa and M Karunanidhi. Chief Minister K Palaniswami and his deputy O Panneerselvam will cement their position as successors of Jayalalithaa if the All India Anna Dravida Munnetra Kazagham (AIADMK) retains power though it faces an uphill task especially after the rout in the 2019 Lok Sabha election when the DMK-led alliance won 38 out of 39 seats. 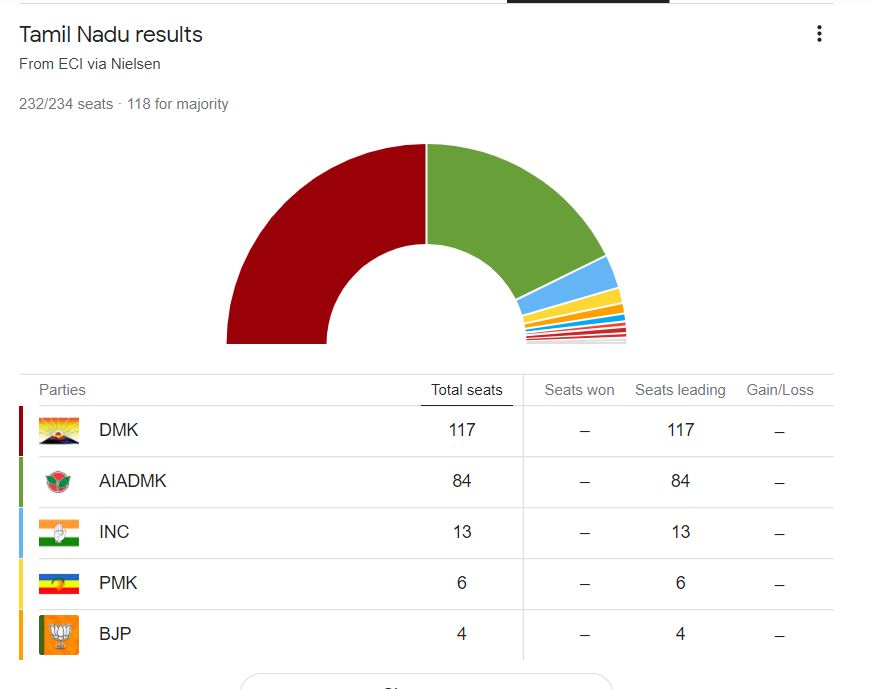 The AIADMK had scored successive wins in 2011 and in 2016, when Jayalalithaa bucked the anti-incumbency trend -- the first by anyone in nearly three decades in the state. After a narrow defeat in the last assembly election where several exit polls had predicted his party's win, Dravida Munnetra Kazhagam (DMK) chief MK Stalin spearheaded a determined election campaign this time and vigorously toured the state to take on the ruling AIADMK. AIADMK ally BJP, which had not won any seat in the last polls, is contesting in 20 constituencies. Another AIADMK ally PMK is contesting from 23 constituencies.

The Congress, an ally of the DMK, is in the fray in 25 Assembly segments. Actor-politician Kamal Haasan's Makkal Needhi Maiam-led combine is also in the fray.