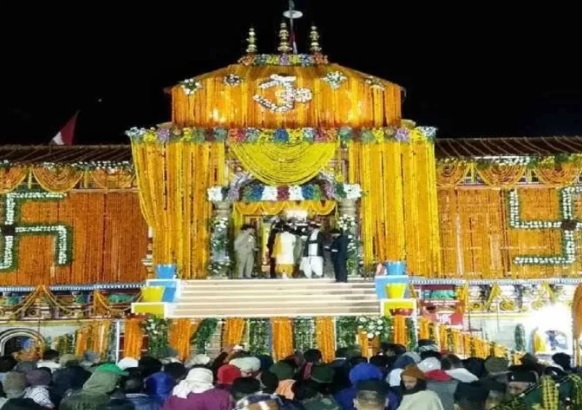 CharDham Yatras have been started in Devbhumi Uttarakhand. In the past, Gangotri Yamunotri and Kedarnath Dham door (kapat) were opened for the devotees. In the same episode of the Chardham Yatra, at 4 o'clock in the morning, the Badrinath kapat was opened for pilgrims coming from all over the world and the country.

Lacs of devotees come from every part of India and from abroad to visit for Baba's darshan here, but this year, devotees will not be able to visit the Adi Shri Shankaracharya's tomb (samadhi) which was built in Kedarnath Dham. The Shankaracharya's Samadhi site, which was built at a cost of 20 crores, was completely devastated in the natural calamity happened in 2013, after which it is being re-constructed and it was to be completed till 2019. But due to non-completion of the work, once again the pilgrims who come here will have to return without having the darshan's of the Shankaracharya's Samadhi.