Akshay Kumar and many celebs call for unity after Rihanna's comment: 'Don't let anyone divide us' 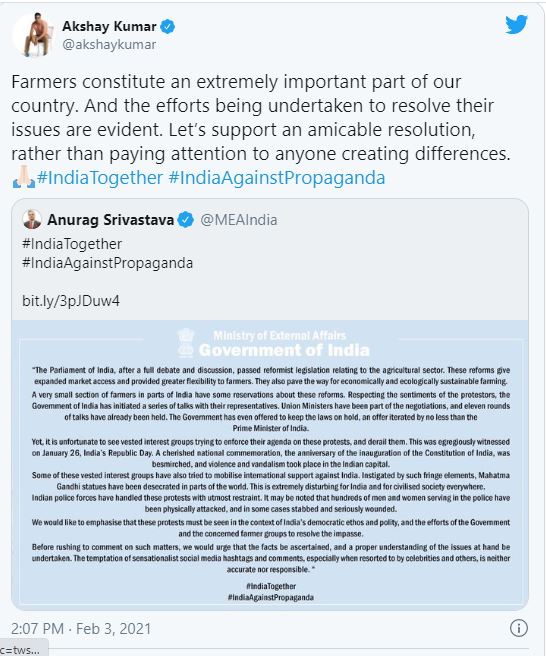 Using similar language in their tweets, the Bollywood personalities said that the nation shouldn't be divided.

Sharing a statement by the external affairs ministry on the matter, Akshay wrote in a tweet on Wednesday, "Farmers constitute an extremely important part of our country. And the efforts being undertaken to resolve their issues are evident. Let’s support an amicable resolution, rather than paying attention to anyone creating differences. #IndiaTogether #IndiaAgainstPropaganda."

Karan, restricting replies to his tweet, wrote, "We live in turbulent times and the need of the hour is prudence and patience at every turn. Let us together, make every effort we can to find solutions that work for everyone—our farmers are the backbone of India. Let us not let anyone divide us. #IndiaTogether." 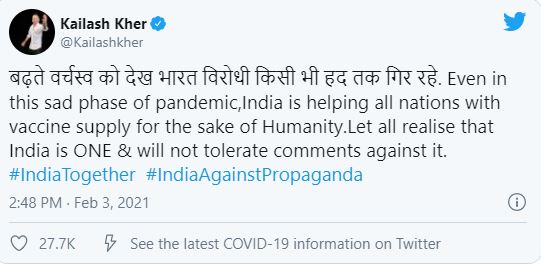 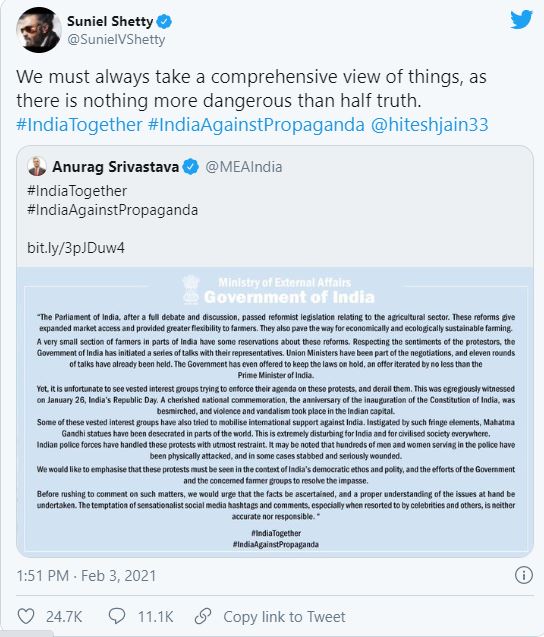 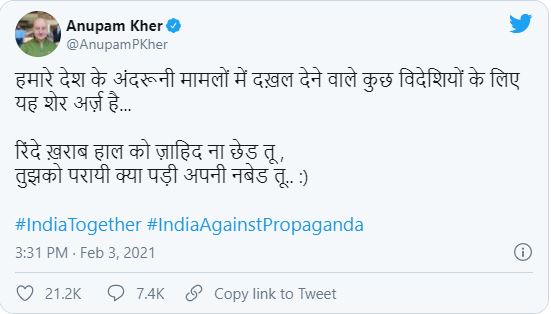